MP Unit Director Das addressed the workshop first. She highlighted some important issues of concern related to eye donation. She underlined that awareness about eye donation is still lacking in the rural areas, hence much emphasis needs to be laid on this. Thereafter, she advised that apart from seeking the consent of the donor, the consent should legally be sought from the donor’s closest relatives as well, to obviate the problems that occur at a later stage.

This was followed by Colonel Deshpandey’s address who asserted that close to 65,000 cornea balls were collected annually across the country before Covid-19, which have now shrunk to 35,000. He informed that the healthy cornea of a young person is of much benefit to the recipient, and suggested that SSEH be made a nodal hospital for eye donation.

Talking to trustee of SSEH, Suresh Awatramani, Free Press learnt about certain things to be mindful of, while indulging in eye donations. At first, Awataramani stated that the cornea of the HIV positive patients should not be accepted. Furthermore, he informed that elderly people and too young children should not be made to donate cornea balls. He also stated that at present, a total of 3 lakh people are in dire need of cornea balls across the country. 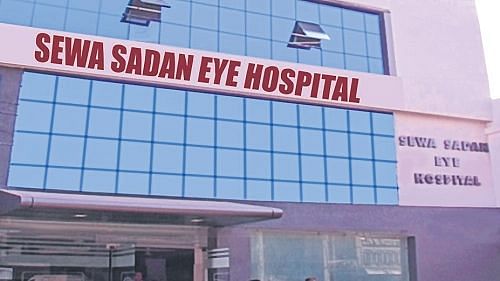