Nearly 3000 recruited teachers flocked to BJP office on Wednesday morning and sat on dharna. They said they would not call off their protest, until Chief Minister Shivraj Singh Chouhan comes and assures them postings.
Staff Reporter 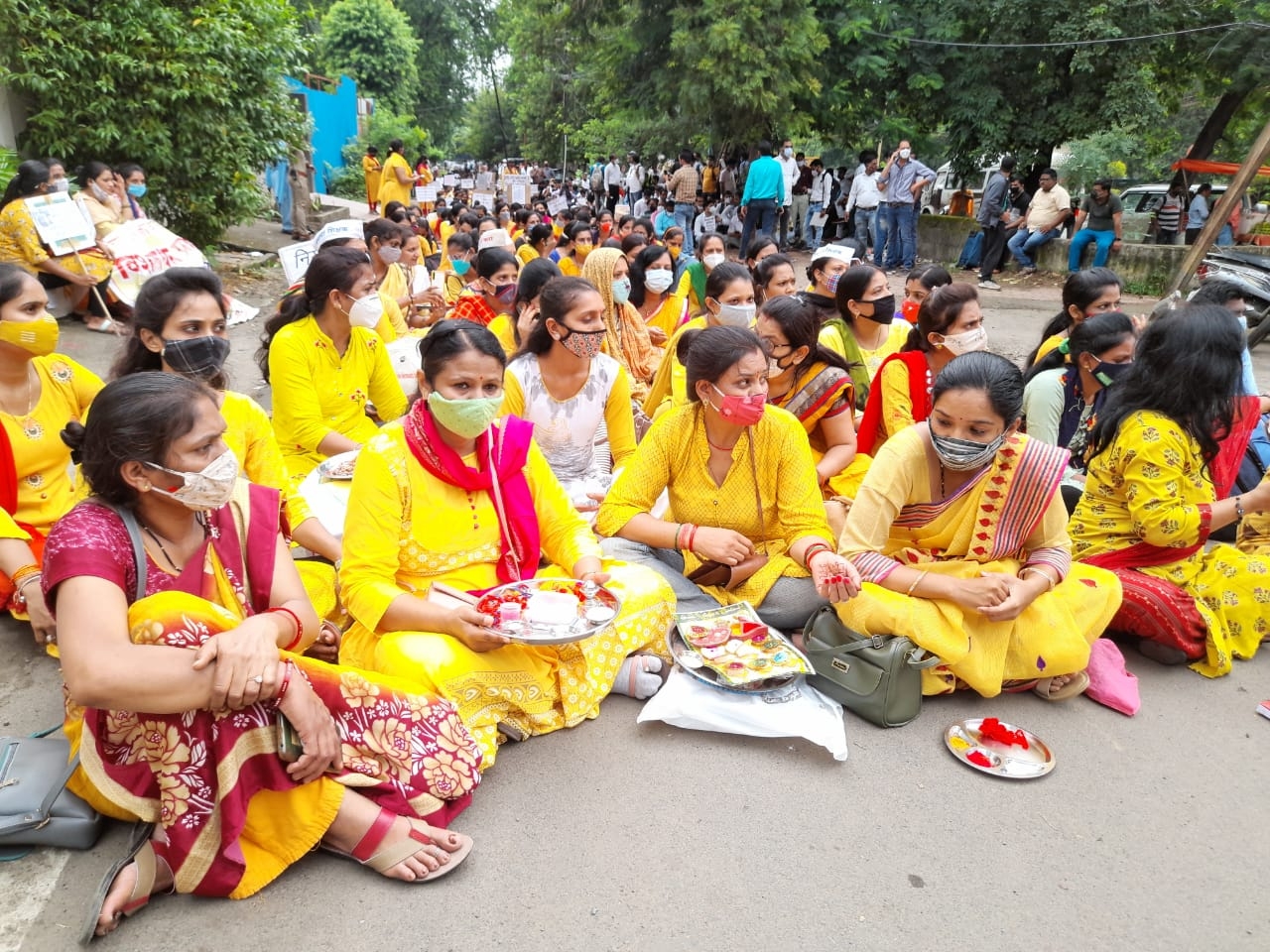 They said that they would not call off their sit-in until chief minister Shivraj Singh Chouhan himself comes and assures posting of all recruited candidates.

The women recruited teachers have brought rakhi along with them. They said that they wanted to tie the rakhi to Chief Minister Shivraj Singh Chouhan and would demand their postings as a gift.

A protesting recruited teacher, Manoj Rajoriya said that all recruited teachers have staged protests more than 20 times in the past one and half years. “But, we have got only assurances from ministers or officers. We have been selected by the recruitment board. We are unable to understand as to why we are not being given joining,” he said.

Notably, the government had issued notification for recruitment of nearly 32000 teachers for higher secondary and high schools. The written test was conducted and later documents verifications of selected candidates were also conducted. But, the government is yet to issue appointment letters.