According to reports, the youth was in an inebriated state and was making noise in the market.
FP News Service 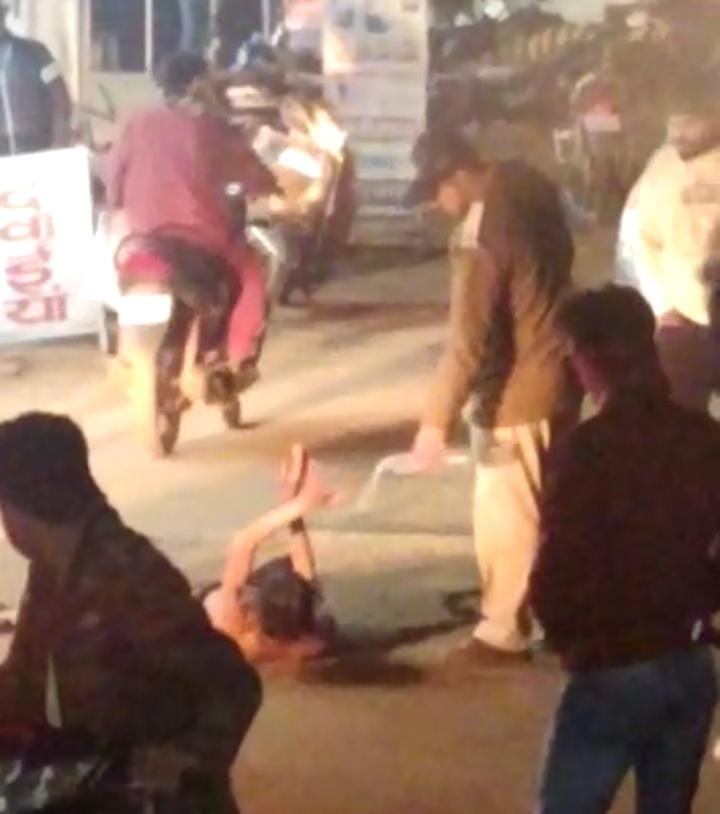 Shivpuri (Madhya Pradesh): Police thrashed a youth with a stick in a market and poured cold water on his body at Madhav Chowk locality in Shivpuri on Monday night.

A video of the incident went viral on social media. According to reports, the youth was in an inebriated state and was making noise in the market. At the same time the police present at the spot came near him and beat him fiercely.

The youth fell down on the ground, the police dragged him and threw him on the side of the road. After that, another policeman came and he also started beating him again and poured cold water on him.

The video of the police brutality went viral on social media but the top officials of the department were, however, saving the policemen.

Shivpuri SDOP Ajay Bhargava said that the youth was not beaten up, he had only been driven away.

Nonetheless, the video of the incident reveals that the police made the false remark regarding the incident.