The incident occurred at Ludhwali village under Dehat police station of the district on Tuesday. The video of the incident went viral on social media on Wednesday.
Staff Reporter 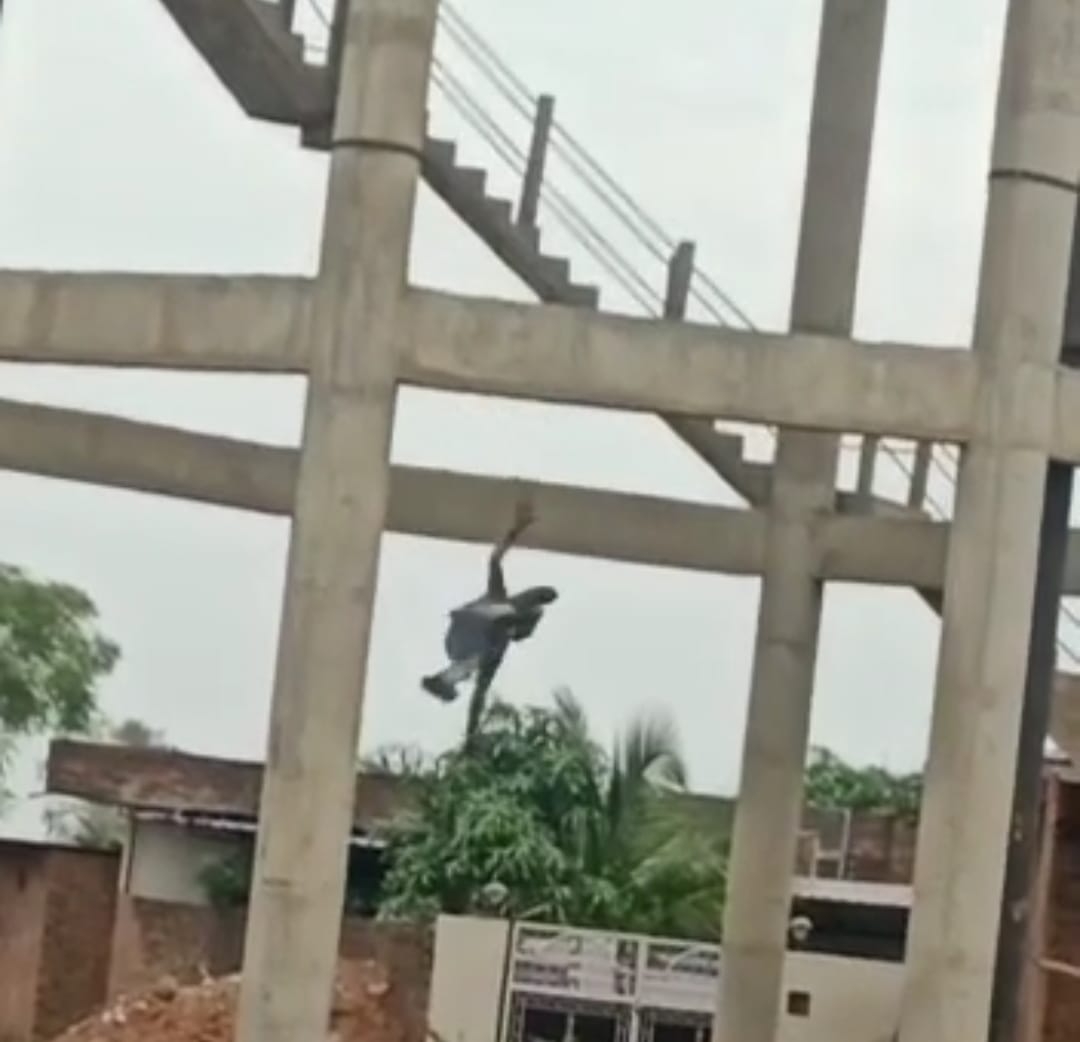 Gwalior (Madhya Pradesh): A video of a man falling down from an overhead water tank in Shivpuri district has gone viral on social media.

The man identified as Ashok Rathore was performing a stunt on the water tank.

He has suffered serious injuries and is undergoing treatment at a hospital in critical condition.

The incident occurred at Ludhwali village under Dehat police station of the district on Tuesday. The video of the incident went viral on social media on Wednesday.

The video shows Rathore sliding down through a pillar of the water tank. He lost his balance and fell down. He was rushed to a nearby hospital from where he was referred to a hospital in Gwalior.

According to reports, Rathore was under the influence of alcohol. Sources said that Rathore had climbed up the water tank in the morning. His wife rushed there and forced him to come down. In the afternoon, he again reached the water tank and asked the local villagers, who gathered there to ask him to come down, to record a video of his stunt.

In charge of Dehat police station, Vikas Yadav said that a case had been registered and investigation was on. Madhya Pradesh: Include content on child rights in syllabi, MPCPCR to government