Parchure was sentenced to life imprisonment as he was part of the conspiracy to assassinate the father of the nation.
FP News Service 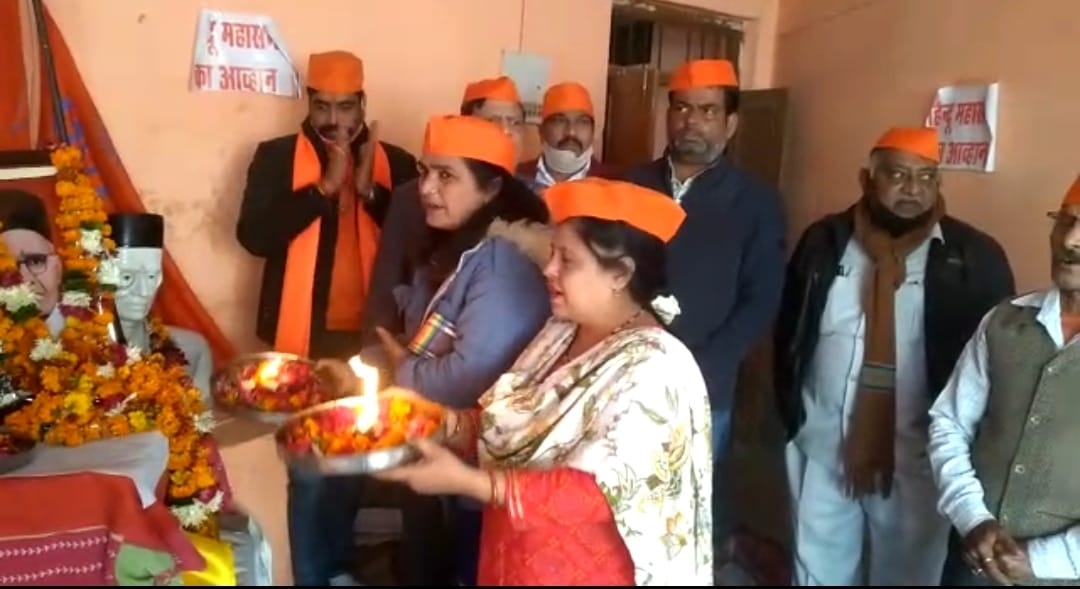 Gwalior (Madhya Pradesh): The arrest of self-styled Hindu leader Kalicharan for comments against Mahatma Gandhi has kicked up dust in the state. Yet, Hindu Mahasabha in Gwalior has observed death anniversary of Dattatrey Sadashiv Parchure, one of the accused in Gandhi assassination case.

Parchure was sentenced to life imprisonment as he was part of the conspiracy to assassinate the father of the nation.

The members of Hindu Mahasabha unveiled photograph of Parchure and performed aarti on his 37th death anniversary. They also performed aarti of Nathuram Godse and Narayan Apte and raised slogans in support of Gandhi’s assassins.

Addressing the gathering, National Vice President of Hindu Mahasabha Jayveer Bhardwaj said that over 50 lakh Hindu had lost their house in participation. “And, Mohan Das Karamchandra Gandhi was responsible for it,” he added.