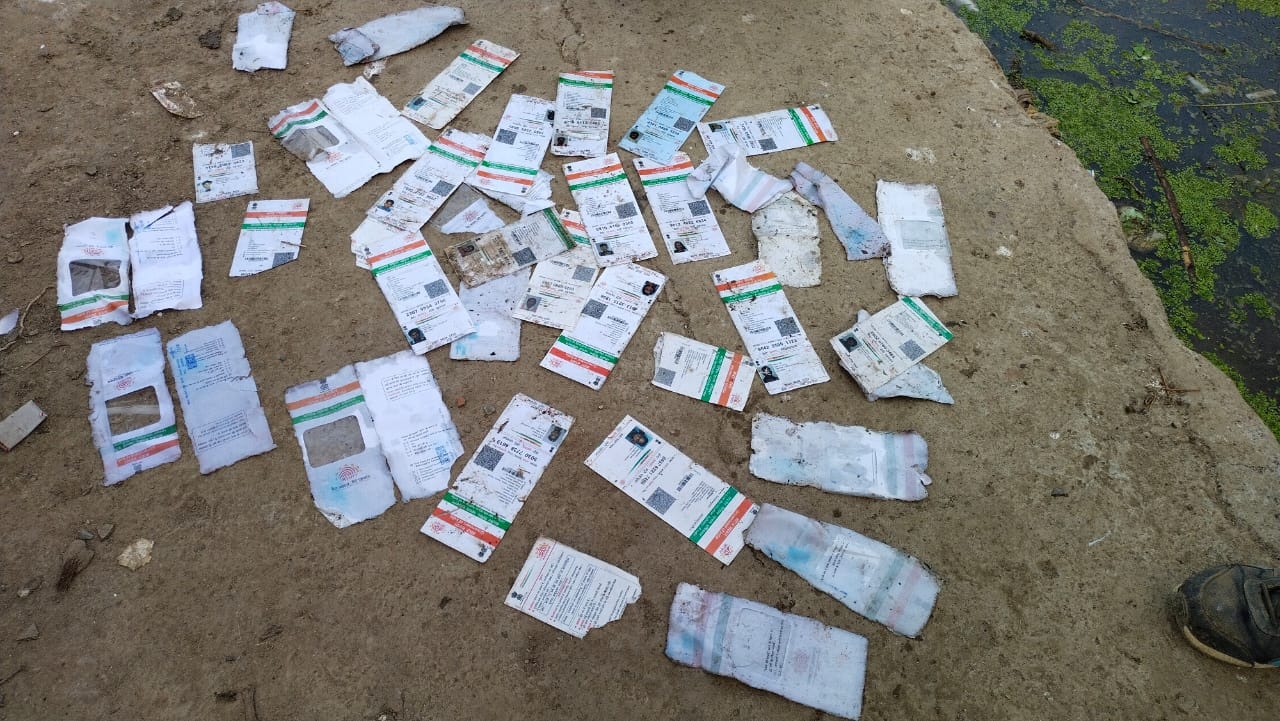 A video of the incident went viral on social media. According to reports, the members of the Mukti Dham Seva Samiti saw the Aadhar cards during shramdaan at the ghat in the morning.

Secretary of the Samiti, Manoj Pandey said that a huge number of aadhar cards which were seal packed was found floating into the river. It seemed that these cards were not distributed because of the negligence of the post office department. Instead of distributing the aadhar cards to citizens, they had thrown it into the river, Pandey claimed.

Pandey reached the office of City Superintendent of Police (CSP) and informed him about the incident.

The CSP, Vikas Pandey said that it was big negligence and he would get information about the matter from the post office department. Whomsoever would be found guilty in the matter, strict action would be taken against them, Vikas added.