Out of these glorious years, he represented and appeared as a counsel for Ujjain Municipal Corporation for 30 years in court in connection with various cases.
Staff Reporter 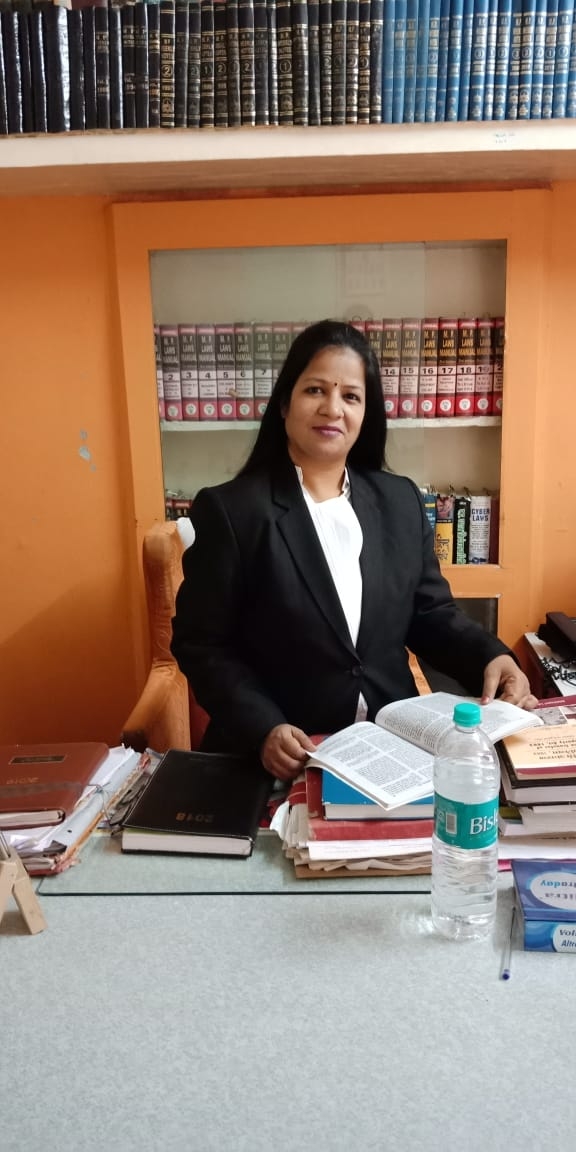 Women have always proved their mettle at both professional as well as domestic front. They unique way of approaching work has especially proven to be a game-changer on their profession. One such woman, Vandana Jain Kucheriya a lawyer by profession typifies such a woman of substance. She left a high-paying job in Mumbai and landed in Ujjain to live her father’s dream.

During her interaction with Free Press she took us down the memory lane and said, “Well, way back in 2004, I graduated in law. My father, Babulal Jain, being a very eminent and renowned lawyer himself, had a very illustrious career of the 40 years. Out of these glorious years, he represented and appeared as a counsel for Ujjain Municipal Corporation for 30 years in court in connection with various cases. It worked to my advantage as soon after finishing with my graduation I practiced with him and learnt the nuances from him. However, I got married in 2011 thereafter joined a big law firm in Mumbai and shifted my base there.”

She continued, “Everything was going nicely until that fateful day when my father suffered cardiac arrest while visiting me in Mumbai. He departed soon and after his death my mother became all alone as all my sisters are married and well-settled. With no solution in sight, I contemplated resigning and moving back to Ujjain. I further discussed with my husband and in-laws. To my amazement, they readily agreed and consented for the same. Thereafter, I left it for good and settled back here with my daughter.”

Living far away from each other after marriage, we asked how she beats relationship blues. She replied with remarkable ease, “Yes. It’s tough. But we do understand each other fully well and such issues never crop up. He visits us quite often and I reciprocate the same. I wish everyone could get such supportive spouse and in-laws. I am proud of them.”

Whatever I am today it is because of my father because he allowed me to enjoy my freedom and taught me to stand on my own feet. In 90’s, ours was not an open society. Girls were expected to stay indoors and veiled. In those days, we used to do mallakhamb and come back as late as 9 P.M. He used to say that you all girls are my boys. I reckon, if I had not had such exposure early on, I would have not been as strong as I am today.

My father had had unblemished career. Given the rampant corruption, he could have easily minted money however he was a principled man who never compromised with his morals. He used to fight for those who were deprived and impoverished. I am also carrying forward his legacy and helping the poor and downtrodden the same way. Till date, I have fought around 20 pending cases of my father after his death.

Yes! It is needed as a lot of women are suffering and fighting various taboos and stereotypes. With time a lot of things have changed for better however situation still necessitates it’s continuation in our society. One flip side which I even observe about my profession is its misuse, especially in divorce cases. Some women abuse this power to threaten and bully their male counterpart. This practice must go.

Well, I believe justice is done but sometimes it is delayed because of inherent due process required to establish truth and of course truth can’t be suppressed for long. It always triumphs.