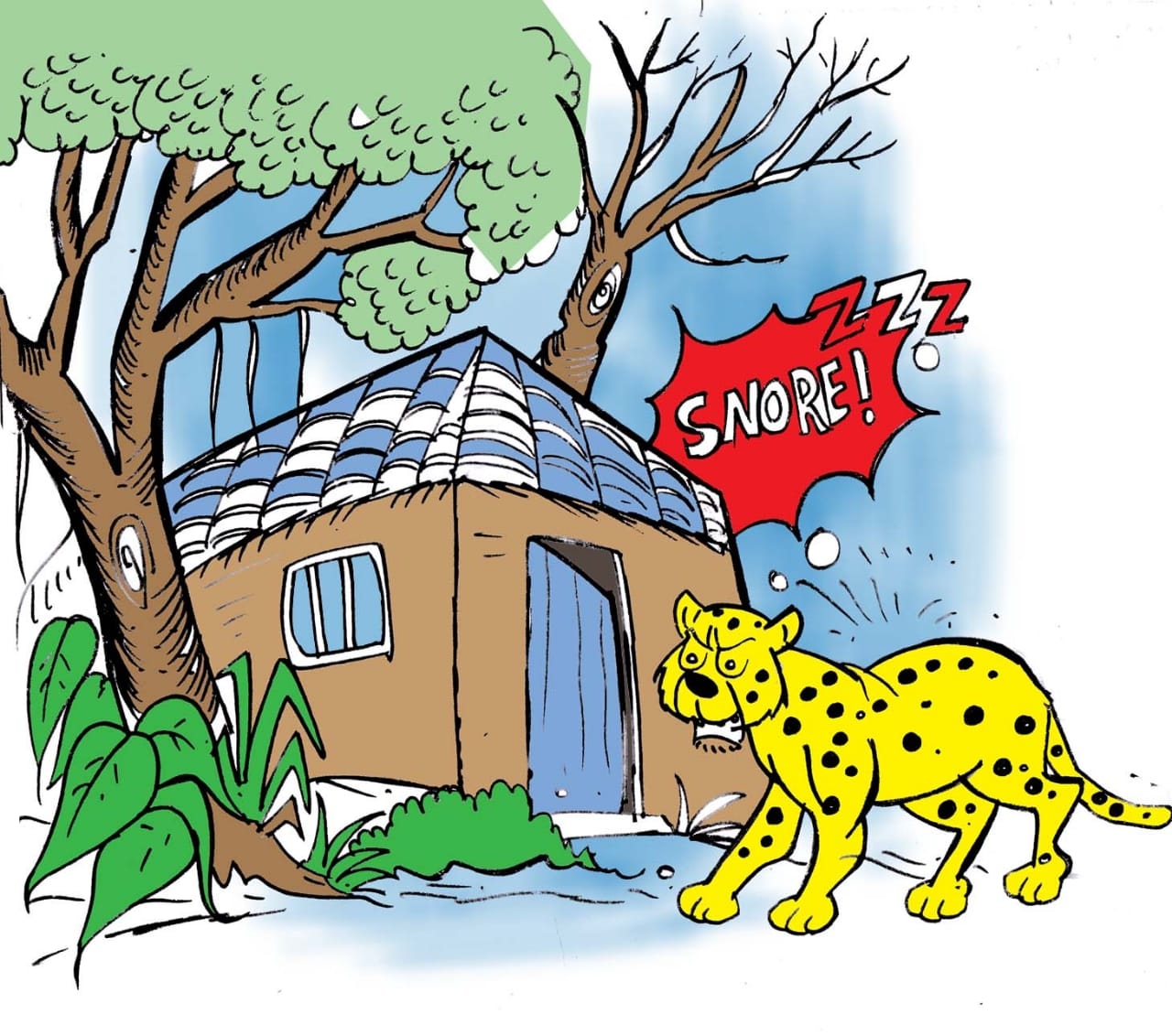 The snorers irritate others. Yet, they think they are not responsible for it. Many a time they invite admonition from their friends, neighbours and family members. Still, as soon as they fall asleep, they forget that and begin to snore. On the trains and on the buses, they are discarded, as a passenger, sitting beside a snorer, thinks his neighbour will soon get on his nerves. In the forest, too, snorting is cast off. Yet, snorting in a jungle may be fatal. Such an incident recently happened in a forest in Hoshangabad. Four youths were sleeping in a hutment in the jungle. One of them has the habit of snoring. And, no sooner had he begun to do that than a leopard, thinking that there was a challenger, stole into the hutment and pounded upon the nose of the youth. His yells woke up his friends. They somehow managed to shoo away the animal. The injured youth is still undergoing treatment in a hospital in Bhopal. So, beware snorers! Itís all right on the trains and on the buses, but not in a forest. Else, you may encroach upon the king's rights.

The administration has decided to give the third jab of the vaccine after nine months of the second dose. The decision has generated a lot of sniggers, at least among those having a sense of humour. The other day, a health official said, ìThere is a generation gap between the second shot and the third shot, though not literally. A group of people, standing around the health official, failed to appreciate the fun hidden in the statement. One of them even wanted to know what the health official meant by the generation gap. 'If that is the fact, getting the third jab would take so much time,' he said. Just as the person concerned made the statement, everyone standing around him cackled with laughter. They told him, 'So innocent. Donít you know what nine-month gap means?' The government is nearly following the family planning norms to maintain the gap between the second dose and the third dose of the anti-corona vaccine, one of them said. The health official added: 'No pun intended! Maintain social-distancing norms!'

The district administrations across the state have begun to impose fine on those who are not following the corona-protection norms. The Bhopal district administration, too, has swung into action. The other day, a group of policemen stopped three bikers at Subhash Nagar. The bikers neither sported masks,'nor helmets. At the outset, one of the bikers tried to bully the cops, saying that he was close to some higher-rung officer. But that did not work. The cops stuck to their guns and imposed a heavy fine on him: for not wearing masks and helmets. As soon as the two other bikers saw the condition of their friend, they did not enter into any altercation with the cops and paid the fine. The policemen on duty also gave them visors, advising them to avoid setting out of home without a face covering or a helmet. However strict the police may be about following the corona-protection norms, those who give a wide berth to rules are generally out of control. As the policemen were engaged in arguments with the three youths, many others - without masks and helmets - sped away, giving the cops the slip. An onlooker commented: This is Bhopal. Here, people feel good about defying the rules, come what may.'

A man at a shop in MP Nagar, Bhopal, was cleaning his computer to purge it of any virus.

In the meantime, his colleague entered the shop and said, 'What're you doing?'

The shopkeeper said, ìIím purging my PC of the virus.

The colleague said, 'Is it malaria, dengue, heart murmur or Omicron? Please get your PC vaccinated and make it wear a visor.'