"I think Madhya Pradesh Hockey Academy are a very good team and it's definitely going to be a challenging one."

Having finished first in Pool A and winning each four of their league stage matches, SAI Academy will look to keep the momentum going against Madhya Pradesh Hockey Academy in the first semi-final at Kalinga Stadium.

SAI Academy coach Pradeep Kumar Sarangi said that their semi-final match would be a challenging one, and that the team would approach it in a positive manner.

"I am happy with the team's performance so far considering they didn't get much time to prepare for the tournament. However, the results of the league stage match won't be deciding our fate in the semi-finals. It will only depend on how the team approaches the game. I think Madhya Pradesh Hockey Academy are a very good team and it's definitely going to be a challenging one," he said.

"But, my team is capable of overcoming any kind of challenge; they will deal with the situations positively. I also believe if they play with the same intent, they can win the trophy as well."

Madhya Pradesh Hockey Academy, on the other hand, won three of four league stage matches and finished second in Pool B. Having scored as many as 57 goals, the team is the top goal scorers of the tournament. They also registered a monumental 42-0 win in the tournament, against Tamil Nadu Hockey Academy.

Speaking about the Madhya Pradesh team's overall performance and the prospect of playing semi-final against an unbeaten side, coach Paramjit Singh said a lot of players in his team are playing their first ever tournament of their lives.

"Our target before coming here was to be in the top four, which I think we have achieved. So, there's no pressure of winning or losing anymore, or any kind of fear as such of playing against an unbeaten team in the semi-finals. I want my girls to enjoy the game, and make the most out of it," he said.

Roundglass Punjab Hockey Club Academy are coming off from a remarkable come-from-behind 5-3 win over Markandeshwar Hockey Academy in their last league stage match. Their coach Jyoti Kamboj was overwhelmed with her side making it to the semi-finals at the very last moment.

"I am so overwhelmed with the team's performance. We were not fully prepared for the tournament because of the pandemic situations, and then earning a spot in the semi-finals, especially after win in the last match made our campaign a memorable one. It has boosted the team's morale and confidence and I am sure my girls will give their 100% in the semi-finals as well", she said.

"The girls have been performing so well and hope they continue to do so. They are confident enough to win the match. Of course, it is going to be a challenging game for us because everyone wants to win, and I feel those who will play well will definitely win", he said.

The first semi-final match between SAI Academy and Madhya Pradesh Hockey Academy starts at 4.30 pm while the second game will start at 6.30 pm. 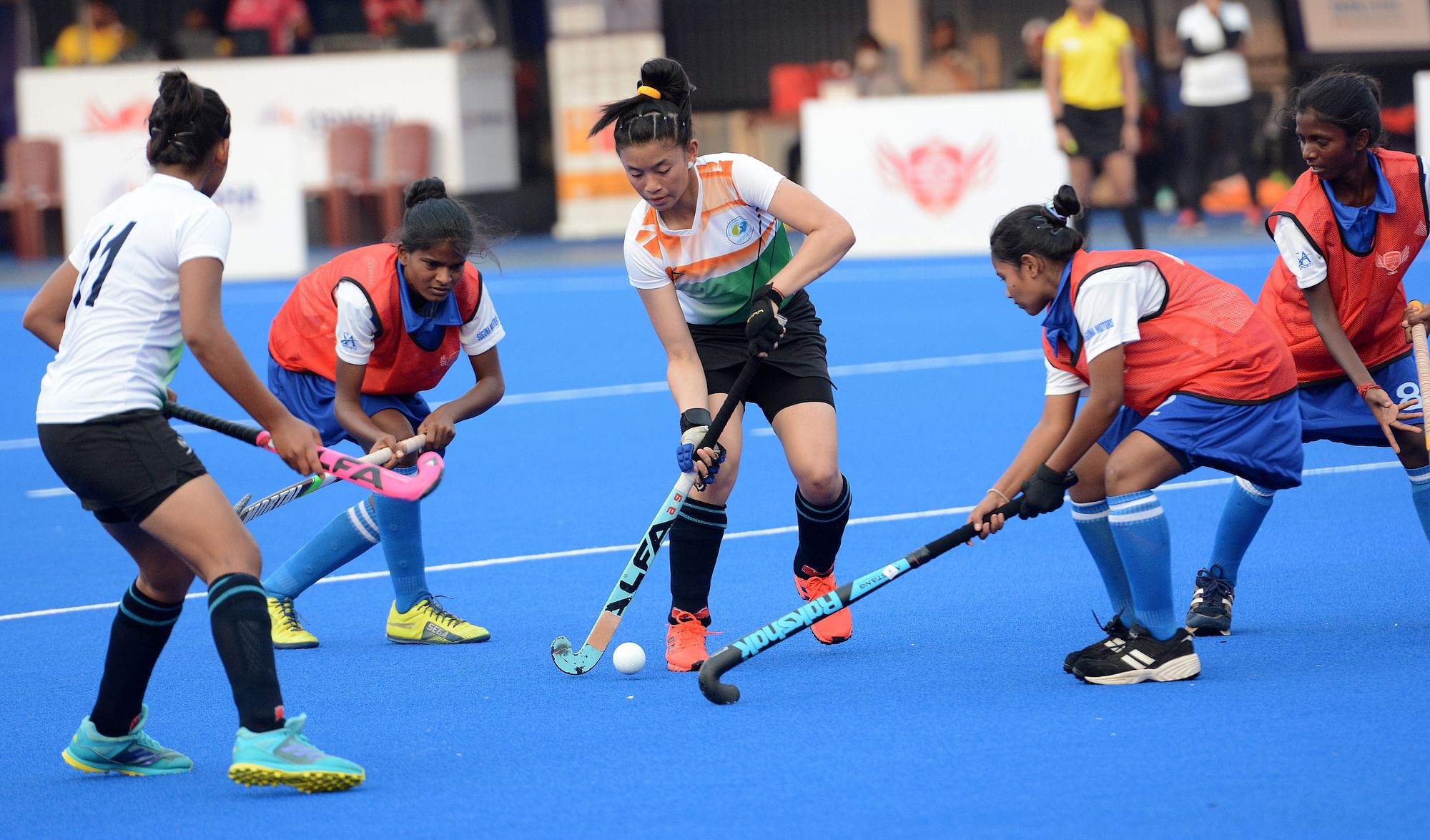