Mantri ji's son was very†active for a long time but his activities came to the fore only when all the tenders of a department were cancelled all of a sudden recently. Words doing the rounds in the department is that the son met one of the contractors who was supposed to get the contract but things didn't materialise given some apprehension on the part of the contractor. And then came the cancellation of the tenders. Of course, there would be a new process for the bidding and it remains to be seen how the contractors respond.

A minister from Bundelkhand must have been wise enough to get the message when the CM asked his ministerial colleagues in a meeting to have communication with the person concerned instead of writing a letter to him. A recent letter written to the school education minister by him to draw his attention to non-supply of mid-day meals to more than 100 schools in his constituency gave a shot in the Opposition Congressí arms, much to the embarrassment of the government. Given the CMís message there is hardly any likelihood of a letter of the sort till the assembly elections next year.

The senior officer was recently sent on a prime posting. Nothing is unusual in it. But since he has been sent on the new posting he has been trying to succeed in another mission- getting an officer of his choice from another district in Malwa-Nimad region transferred to his district. The two became good friends during the senior officer's posting in a district. However, the senior officer has not succeeded so far in his mission. The Opposition wants to know the number of Mantri ji's spectacles, much to the amusement of officers in his department. The reason being Mantri ji is hardly seen in action since lumpy virus has struck the state whereas CM is much active and has had several meetings with officials to take measures to control the disease and minimise the damage. In fact, it was the first major litmus test for Mantri ji since he was inducted in the cabinet but people are yet to know if there is some action plan on his part to deal with the situation other than what is being done.

A collector perhaps forgot that the district he was heading administratively is the stronghold of a right wing organisation which has been working in the district for decades. Hence, when resentment was brewing in public over corruption in the government machinery at the grassroots level the organisation took notice of it and conveyed the same to the ruling party leaders. It was just a coincidence that the collector was shifted after an incident. He was bound to go from there sooner or later.

A senior officer who was shifted from a department is much upset with a minister of another department who recently raised his voice against some bureaucrats. This alerted the government and there began an exercise to shift some of the officers who were supposed to be hurdles in the way of their ministers' functioning. And, thus, this officer was shifted. It's another matter that the minister of his department himself was not happy with the officer's functioning and welcomed the officer's shifting from his department. 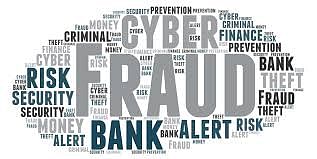 Madhya Pradesh: Class 5 Girl paraded with garland of shoes in hostel on suspicion of theft