Although the family members were annoyed and disheartened they did not speak openly against the police department at Police Commemoration Day in Bhopal.
RAJESH THAKUR 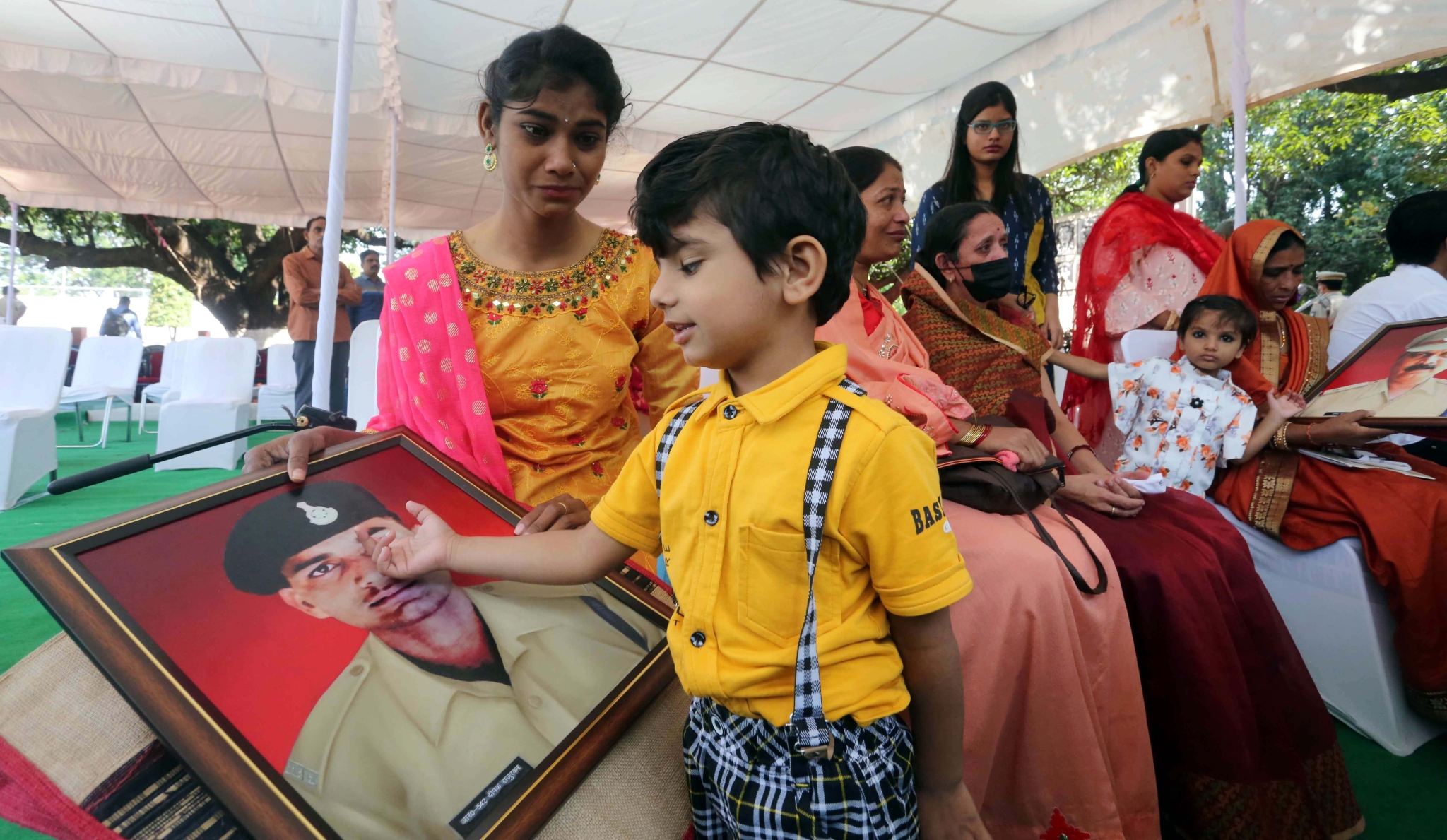 Widow of a police officer holds a portrait of her husband during a parade on the occasion of Police Commemoration Day, in Bhopal on Thursday. |

BHOPAL: Families of 15 policemen, who lost their lives on duty, came to Bhopal to attend a function organised to pay homage to the departed souls were left sulking as their loved ones were being referred to as dead instead of martyr in police department’s records.

The function was organised to observe Police Commendation Day on Thursday wherein families, who had lost their sons or husbands, had turned up. Although the family members were annoyed and disheartened they did not speak openly against the police department as some still believe in discipline and some fear that they may be put in complications if they ‘opens mouth against the injustice’.

After the wreath laying and other programme, Governor Mangubhai C Patel along with other officials met the survivors but the meeting lasted in just two minutes. 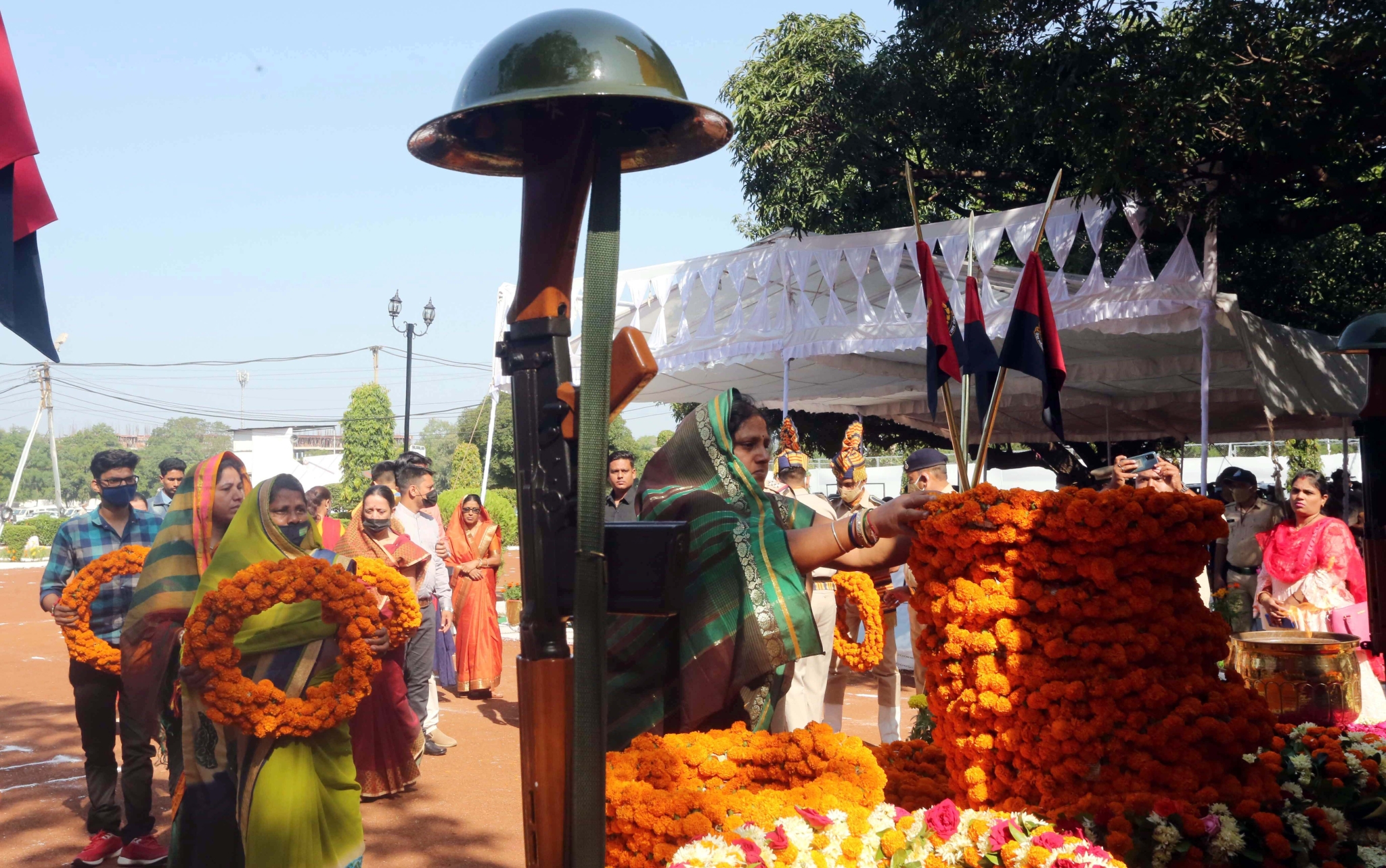 Moreover, none of the officials spared even a couple of minutes to pay attention to the problems of the families.

Most of them did not get the gratuity, allowances, and compensation despite the passing of several months.

More importantly, not even a single family has started getting pension.

Kushendra Kumar, who had come to attend the function, with his aunty alleged that the letter which they had got stated that his uncle had died not a martyr. “My uncle was returning home from duty when an unidentified vehicle ran over him and he died during treatment in hospital. For the police department, he was not a martyr,” he said. 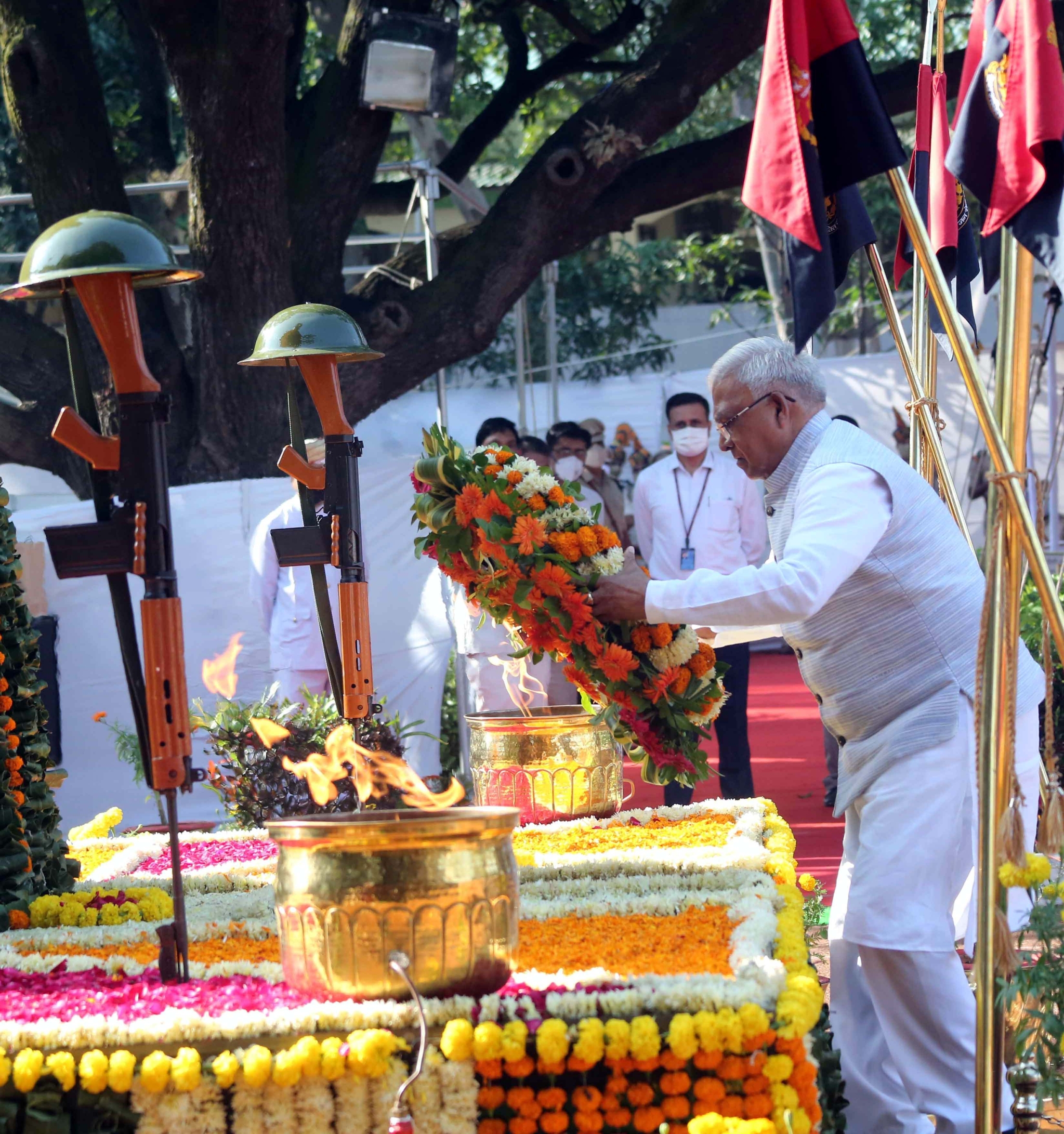 He further added that his aunty will not be going to get pension because his uncle has joined the force after 2005 and he is not eligible for the pension. “If a MLA or the MP dies his widowed wife is eligible to get the pension. Why the police personnel, who put their lives on stake were not granted such a cover,” he asked but no one to reply. 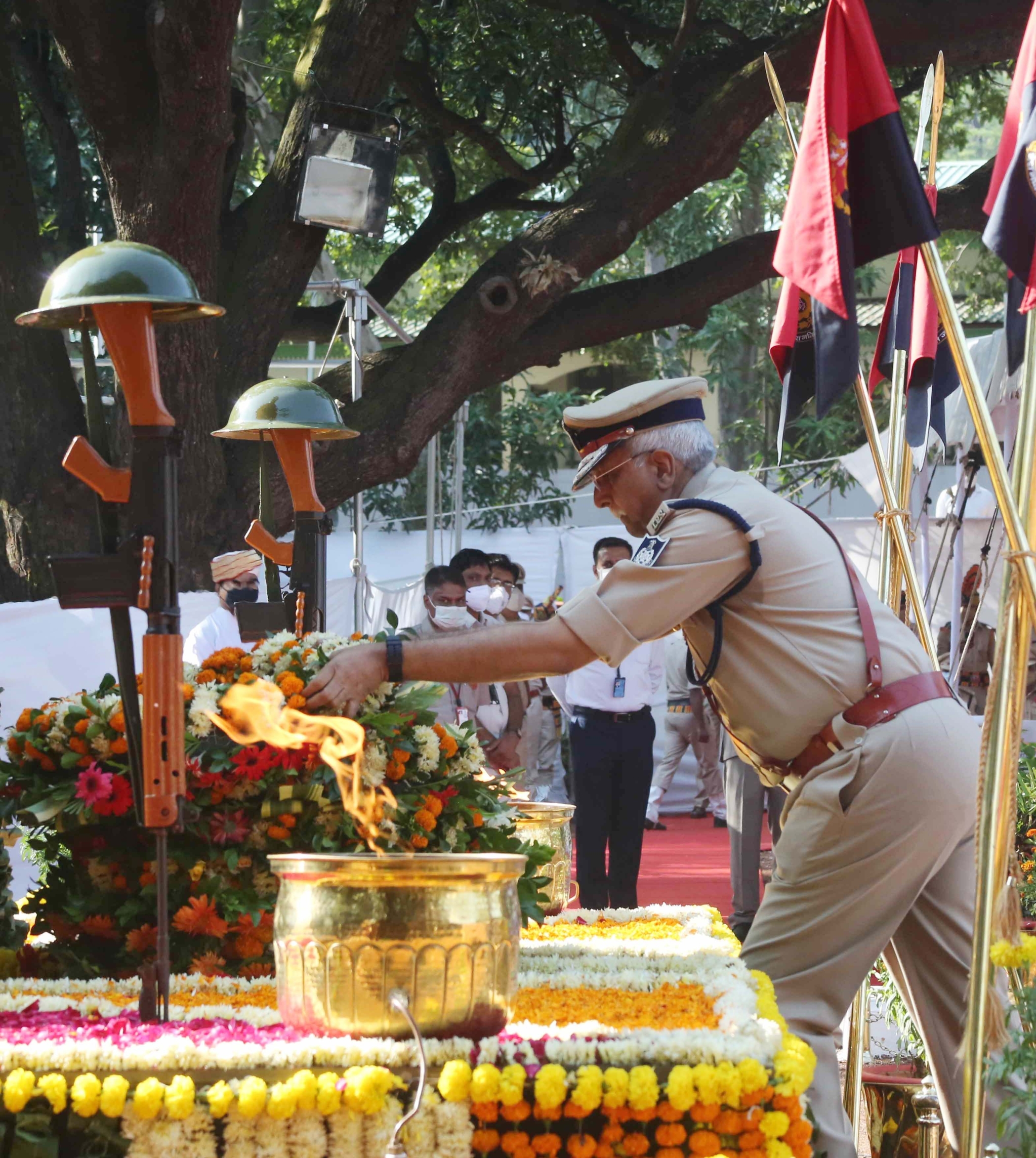 Another survivor Chameli Bai Mudia came from Narsinghpur said that they did not get gratuity and other reliefs. “I have no clue if I am eligible for any pension or not,” she added.

Dipendra Rajput got the appointment in place of his father Rajesh Rajput but other benefits like gratuity are still pending. 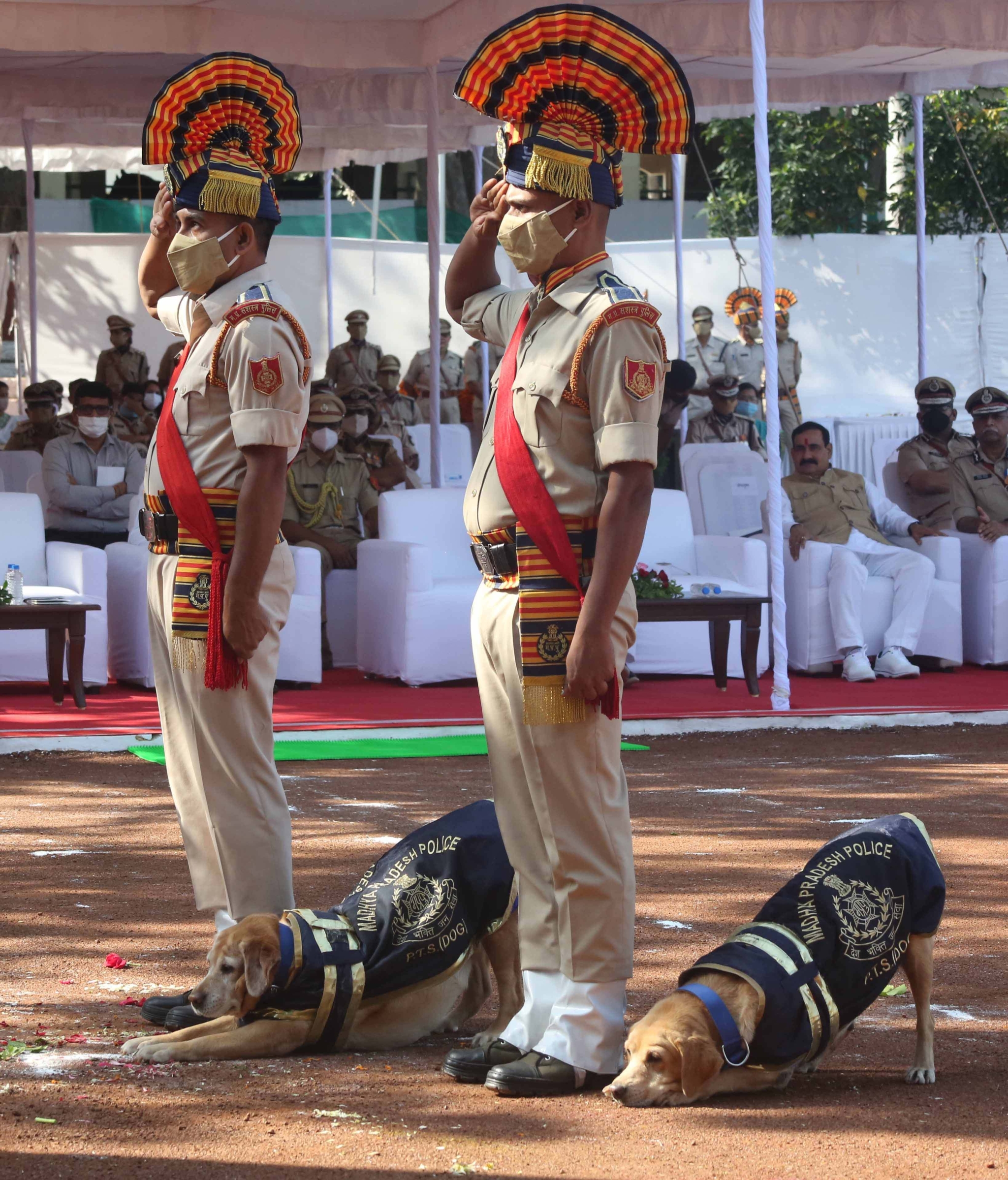 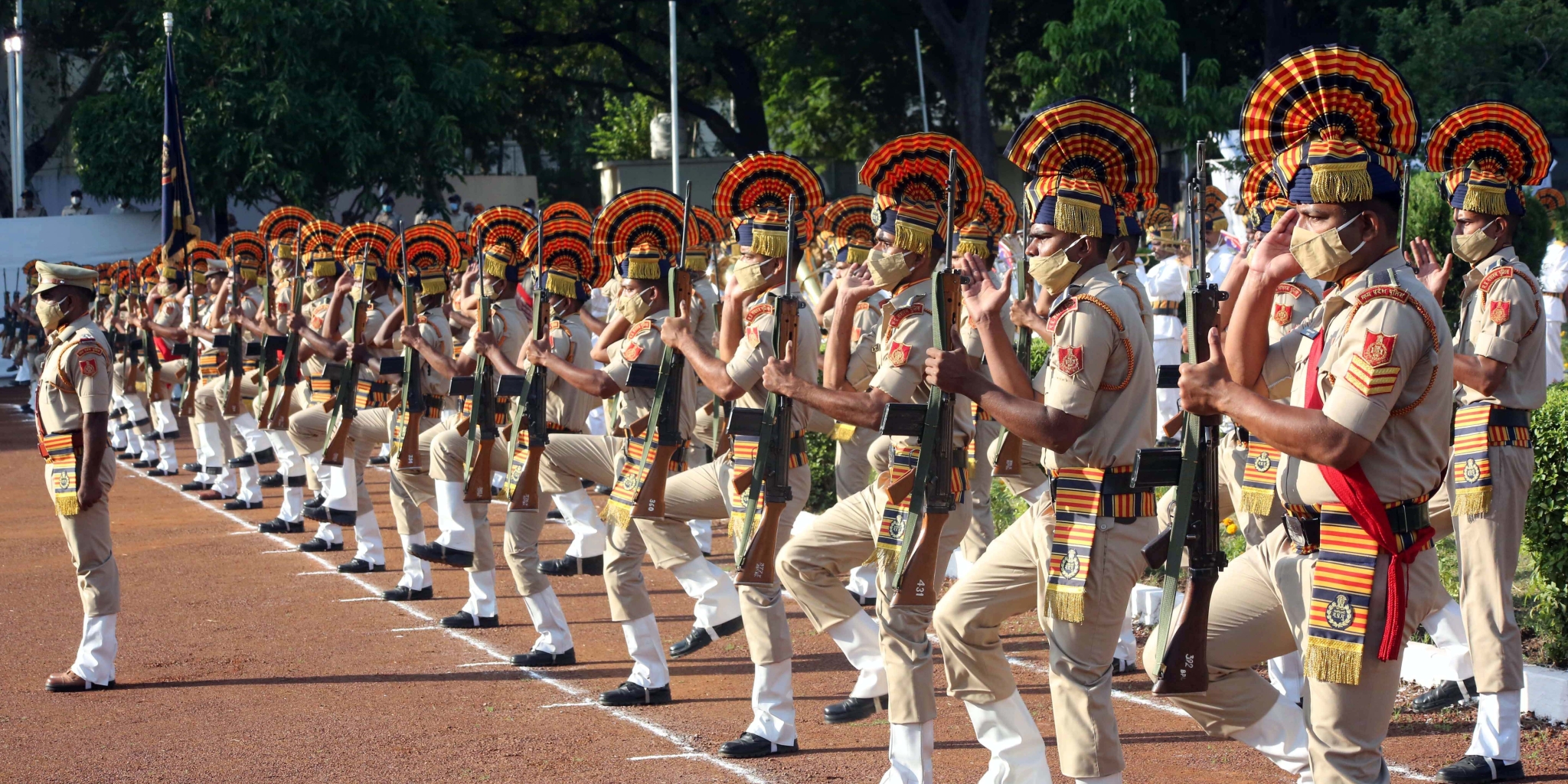 ADG (welfare) Vijay Kataria told Free Press that the police personnel who were appointed after 2005 are not entitled to get the pension. Those who are appointed before 2005 their families will be going to get pensions.

He added that the dealing and issuing of the funds is a work of the unit where the personnel were posted, if someone had intentionally held up the funds the PHQ will look into it.