The incident was reported on Sunday in Madhya Pradesh's Dindori district where due to heavy rainfall, road connecting to the village was submerged into rainwater.

Dindori (Madhya Pradesh): A group of villagers in Madhya Pradesh tied a man's body to a floating rubber tube to cross the flooded Narmada river and reach their village, as the connecting road was closed following incessant rain

The incident was reported on Sunday in Madhya Pradesh's Dindori district where due to heavy rainfall, road connecting to the village was submerged in water.

As per the local police, the deceased identified as Vishmat Nanda (55), a resident of Thadpathara village in Anuppur, died in a government hospital in neighbouring Dindori district on Sunday after a heart attack.

A video which has now gone viral, showing some people carrying the body across the river to their village in Anuppur district surfaced on social media platforms following which a local administration official said they would investigate the matter.

It showed that the body was carried on an ambulance till Patharkucha village, but it had to be stopped there as the only road connecting the Thadpathara village was closed due to the flooded river and there was no bridge.

Notably, due to heavy rain in several parts of Madhya Pradesh, life of people have been disrupted as in many places roads are submerged in water and caved in. Bridges were collapsed at many places.

The state administration has issued alert in areas, especially which are located on the catchment of Narmada river. Chief Minister Shivraj Singh Chouhan has decided to monitor the situation through a helicopter ride. 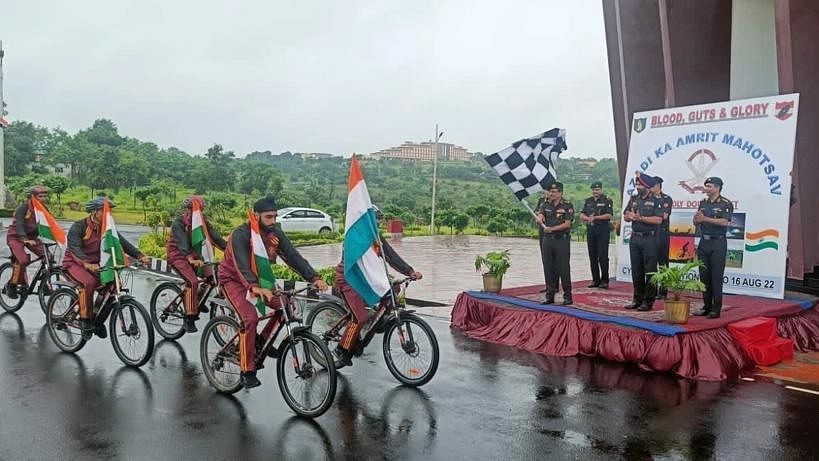