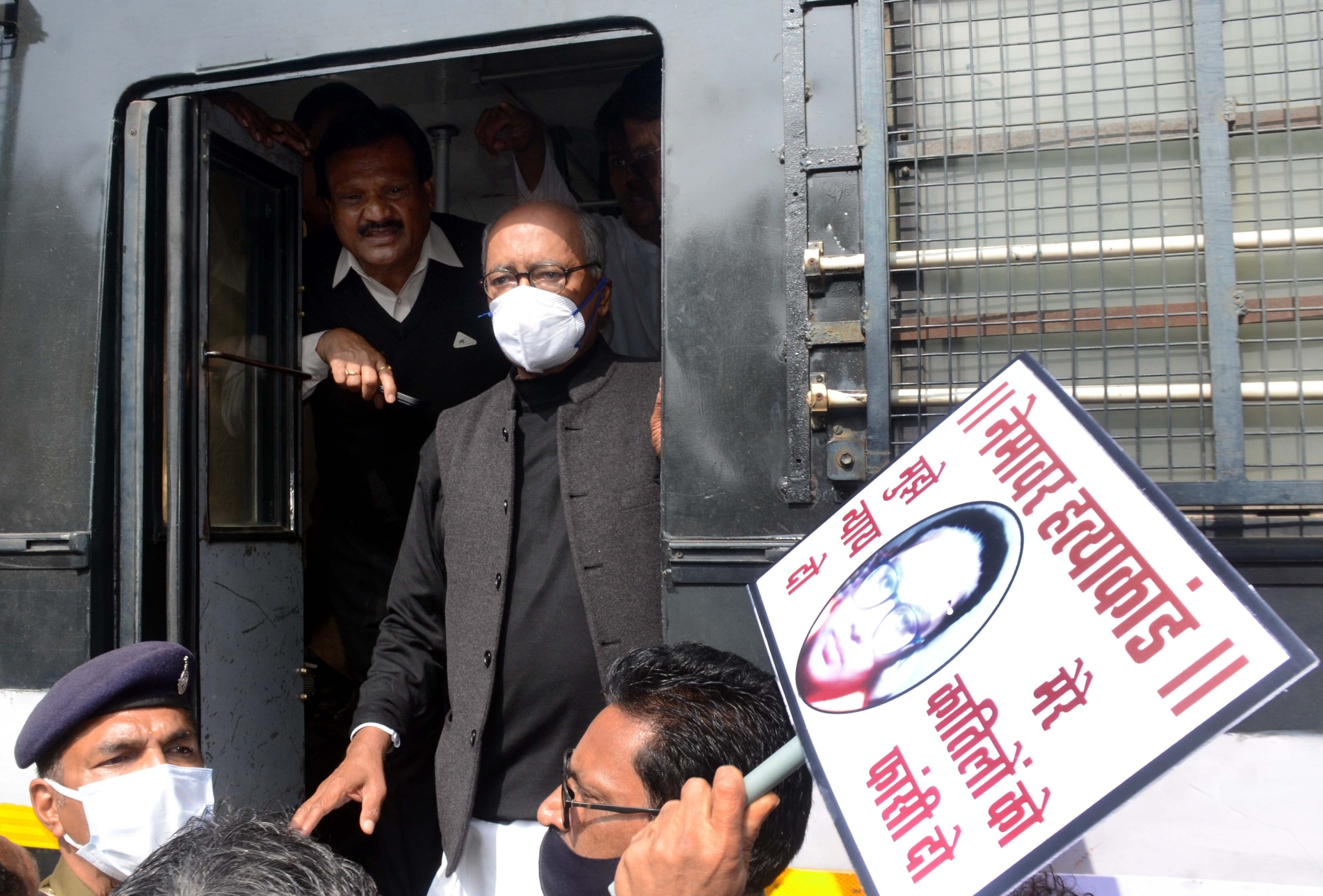 BHOPAL (Madhya Pradesh): Police arrested senior Congress leaders Digvijaya Singh, Sajjan Singh Verma, PC Sharma and several others as they insisted on ensuing a meeting of a tribal woman leading a ‘Nyay yatra’ with Governor Mangubhai Patel and pasted their memorandum at Raj Bhavan wall on Tuesday. The Congress leaders were later released on bail.

The woman- Bharti Kasde, a resident of Nemawar reached the state capital demanding justice to tribals in the state. Earlier, she had announced that she would take out the Nyay Yatra from January 1 demanding a CBI inquiry into murder of five members of her family including her mother, two sisters and two cousins in May, 2021.

However, after the woman’s announcement to take out the yatra to reach the state capital in the second week of January Chief Minister Shivraj Singh Chouhan announced a Central Bureau of investigation into the incident.
However, the woman alleged there were attempts to shield powerful people who were brains behind the mass murders and now her yatra aimed at ensuring justice to tribal people of the state.

The Congress leaders claimed that the governor didn’t give time to meet the woman who happened to be a tribal.

The Yatra reached the bungalow of Congress MLA Ravi Joshi in Bhopal and the woman and those accompanying her met the Congress leaders including former chief minister Kamal Nath, Digvijaya Singh, MLA Sajjan Singh Verma, PC Sharma and other Congress leaders.

Ex-CM Nath assured to provide all help to the protestors. The members of Yatra wanted to submit the memorandum to the governor. But the police raised barricades near the house of MLA Joshi and stopped the rally. The members tried to cross the barricades, but the police stopped them firmly. The police arrested the Congress leaders including Digvijaya, Verma, PC Sharma and many others. Later they were released on bail.