The incident took place in Sumeda village, some 70 kilometers from the district headquarters, and close to 40 people were traveling in the tractor-trolley.

Rewa (Madhya Pradesh): Three persons were killed and several others were injured after a tractor-trolley overturned in Rewa district in Madhya Pradesh in the early hours of Thursday, a police official said.

They were returning after immersing an idol of Goddess Durga, he added.

"Thirteen of the injured are critical and are being treated at Sanjay Gandhi Memorial Hospital. The rest are hospitalised in Mauganj," Sub Divisional Officer of Police (SDOP) Naveen Dubey told PTI.

The incident took place in Sumeda village, some 70 kilometres from the district headquarters and close to 40 people were travelling in the tractor-trolley, he added.

The deceased have been identified as Rajesh Kushwaha (45), Ashwani Patel (17) and Ram Ujagar (70).

"The driver Virendra Patel was drunk and lost control of the vehicle after it hit a pothole. He is injured and hospitalised," the SDOP said. 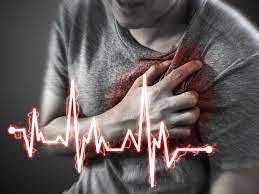 Madhya Pradesh: Girls in villages of Bhind, Visidha districts commuting up to 14 km to reach school