The hospital earlier, citing the unavailability of the ambulance, denied providing one. However, when the matter caught fire, they immediately arranged an ambulance and sent the trio back home.

Morena (Madhya Pradesh): Another heart-wrenching incident, shaming humanity and bringing to the fore the limping healthcare facilities has shaken the Morena district of Madhya Pradesh.

The District Hospital administration kept mum on the matter. The hospital earlier, citing the unavailability of the ambulance, denied providing one. However, when the matter caught fire, they immediately arranged an ambulance and sent the trio back home.

According to the information, Poojaram Jatav of Badfra village in Ambah had brought his two-year-old son Raja to the district hospital after being referred from Ambah hospital.

Raja, suffering from anemia and water-logging disease, succumbed to his injuries during treatment at the district hospital.

Poojaram did not have that much money, so he came out of the hospital with the body of his son Raja, along with his eight-year-old son Gulshan.

For about an hour, Gulshan sat with the body of his two-year-old brother in his lap. During this, his eyes kept gazing at the road waiting for his father to return.

On receiving the information, Kotwali TI Yogendra Singh reached the spot. He picked up the body of Raja and straight went to the district hospital.

The hospital administration in fray soon arranged an ambulance and the three were sent to Ambah.

Read Also
Indore: City receives 61% more rainfall than in the same period of 2021 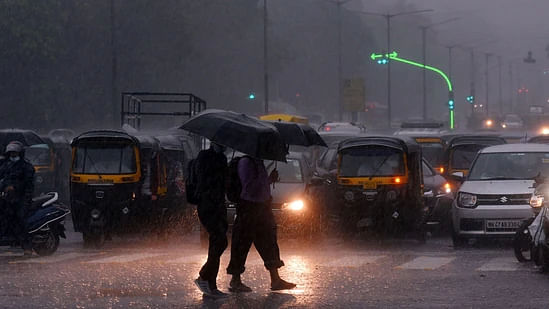