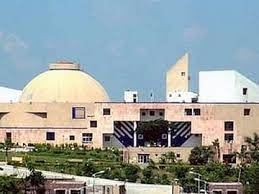 Bhopal (Madhya Pradesh): Discussion on reservation for Other Backward classes (OBCs) have begun in the Madhya Pradesh state assembly on the second day of winter session.

As soon as the second day’s proceedings began, Leader of Opposition in the state assembly Kamal Nath raised the issue and demanded a discussion should be held over the reservation of OBCs.

Amidst the commotion over the issues, former cabinet minister and Congress MLA from Sihawal constituency in Sidhi district moved adjournment motion.

Though both Congress and BJP legislators accused each other for now allowing reservation of OBCs in Panchayat polls, the Chief Minister Shivraj Singh Chouhan said that the government is prepared to discuss the matter.

As the state assembly speaker Girish Gautam accepted the adjournment notice and allowed discussion, the BJP and the Congress legislators started speaking all at once and tried to take credit for the giving reservations to OBCs.

Patel was interrupted by Medical Education Minister, Vishwas Sarang, who demanded that Congress party should disclose the name of petitioners.

The discussion over the issue was continued till filing this report.