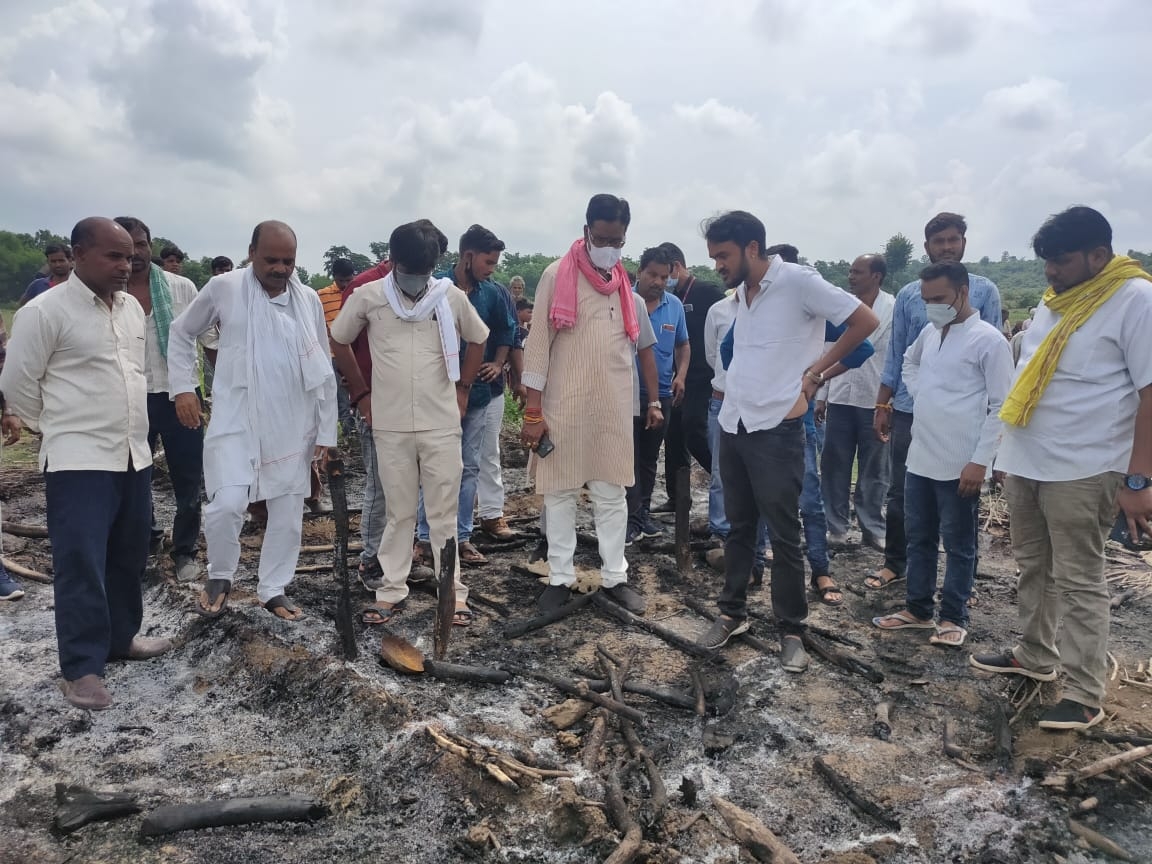 Sagar (Madhya Pradesh): A deputy forest ranger rank officer has been suspended after huts of tribal were set afire allegedly by forest officials in Sagar district, sources said on Saturday.

The huts were reportedly constructed by encroaching forest lands at Charguwan village in Gaurjhamar forest range of Sagar district. On Friday, a group of forest officials reached the village and allegedly set all huts afire.

The forest officials, as tribal alleged, didn’t even give time to huts’ owners to take away their belongings.

According to forest officials, a group of tribal people had encroached on forest land and were trying to build houses there, despite the warning of the forest department. “They were asked to vacate the land on many occasions,” said a forest officer.

The tribal people claimed that they had made huts after permission from the local forest guard and deputy ranger. “On Friday morning, a group of forest officials came and set our huts afire. There were children and women inside the huts when the incident took place,” said an affected tribal.

On getting information, local MLA Harsh Yadav reached the spot and assured the affected family of justice. Later, a team of forest, police and revenue officers reached Charguwan village late on Friday night and started an investigation.