According to reports, a youth Rahul Yadav died and a woman sustained severe burns in an incident of arson in Semra Lahria village on September 16.
FP News Service 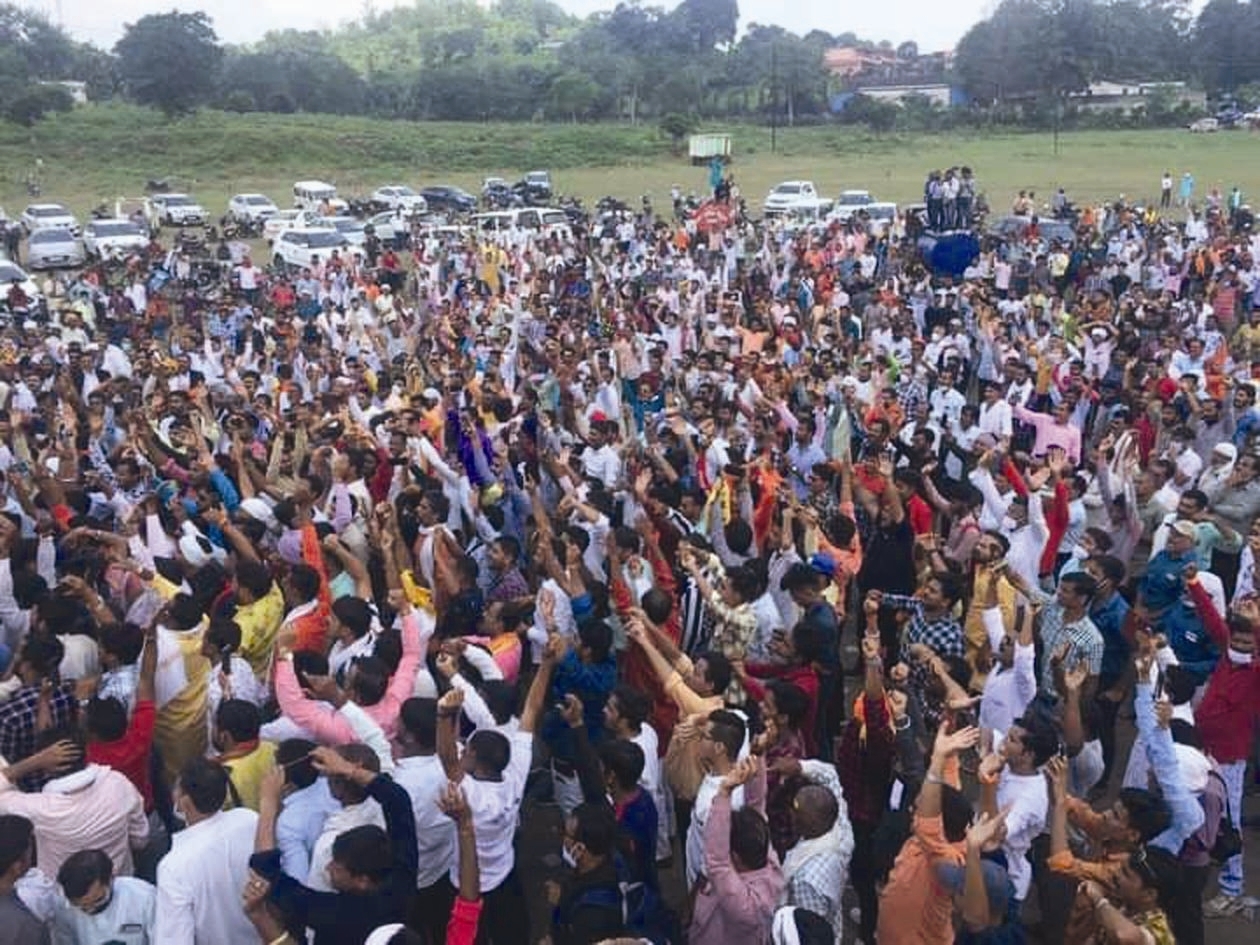 Sagar (Madhya Pradesh): The Brahmins from different parts of the state and from the country organised a rally in the city on Thursday in protest against Semra Lahria incident.

According to reports, a youth Rahul Yadav died and a woman sustained severe burns in an incident of arson in Semra Lahria village on September 16.

Removal of barriers set up by Vishnu Sharma sparked a dispute in the city leading to violence and arson.

The Yadavas have already held a protest against the incident, sources further said.

They also submitted a memorandum which collector Deepak Arya and superintendent of police Atul Singh received at the stage where the meeting was held.

A group of the community issued a press release on Wednesday, stating that the event had been cancelled.

Sources further said that thousands of people took part in the meeting, despite all odds.

The district administration came to know that a large number of people would gather at the rally.

Therefore, the officials tried to reduce the number of people, sources further said.

At a meeting with the officials of the district administration, a few office-bearers of the Brahmin community decided to cancel the event.

A few office-bearers of the community, including some youths, opposed the decision to cancel the meeting.

It was youths who stuck to their stand in holding the rally and got permission for it from the district administration which said that the community should not take out any procession.

The officials of the district administration even removed the tent from the spot where the meeting was to be held.

They also tried to reduce the number of crowd.

Despite that, there was a huge crowd at the rally, sources said.

The people from rural areas of the district and those from UP took part in the event.

Collector Deepak Arya and superintendent of police Atul Singh gave the information about a CBI inquiry in the incident at a meeting in the collectorate auditorium on Wednesday.

The incident has triggered tension in the Bundelkhand region. Chouhan held several meetings with the ministers and with the officers to resolve the issue, sources further said.