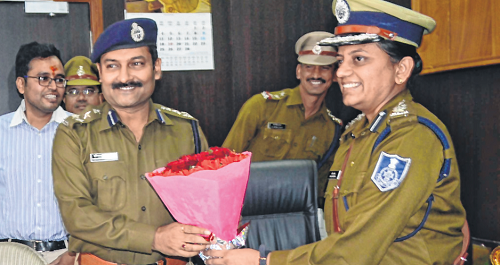 BHOPAL: Director General of Police (DIG) Ruchiwardhan Mishra, who was shifted from Indore due to spread of COVID-19, was transferred to Ratlam on the same post on Tuesday.

The state government shifted eight IPS officers. Mishra was shifted from Indore, because of negligence during the Janata Curfew.

She is transferred to Ratlam range which is smaller than Indore. DIG of Ratlam, Gaurav Rajput, was shifted to the police headquarters on the same post.

Rajput is the son of Congress leader Shashi Rajput. DIG of the police headquarters Tilak Singh has been shifted to Khargone on the same post.

SK Jha who was on deputation to the Centre and who has returned to the state was appointed as ADG (telecommunication), and MW Naqvi, who was shifted from ADG (intelligence), was shifted as ADG (narcotics). Madhya Pradesh: Loan waiver to be thorn in the neck for Shivraj's govt