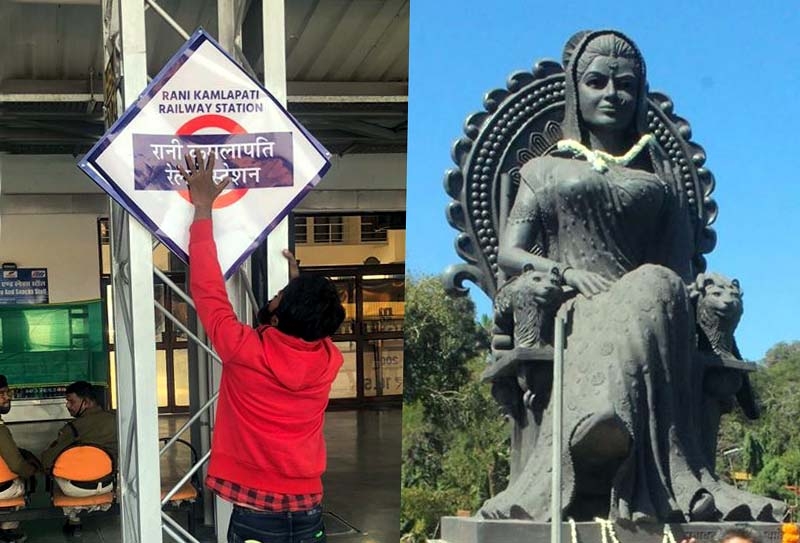 Bhopal (Madhya Pradesh): The descendants of Rani Kamlapati who live in Bhopal claim that they were not invited in event at Habibganj railway station, which has been rechristened as Rani Kamplapati railway station. The Prime Minister Narendra Modi will attend the function at railway station on Monday.

“Not inviting descendants of tribal queen is unfortunate,” said Salman Shah, a descendant of Rani Kamlapati.

Shah, a retired MBBS doctor who lives with his wife in Shahjahanabad area in city, said local administration neglects the family whenever it organises events related to the queen in the state capital.

Shah’s brother is a retired professor who lives in Hoshangabad. He too has never been invited to any event, Dr Shah said.

“Now, in a mega event organised to pay tribute to tribal warriors and to honour Gond queen, where the PM will remain present, no one invited us,” said 72-year-old Dr Shah.

Shah, who has retired from health department, says their family owned Badi Fort and Chowkigarh Fort once belonged to Gondwana kingdom and their forefathers would live there. Now, both the forts are not in their possession, he says.

He is in possession of all the documents of their family history and their lineage to the great queen, he says. “However, the state government is not even ready to accept our claims and has never entertained our calls over the issue,” says Shah.