In response to Singh’s announcement, Sharma had made an arrangement for Ramdhun recitation and also for breakfast at his residence.
Staff Reporter 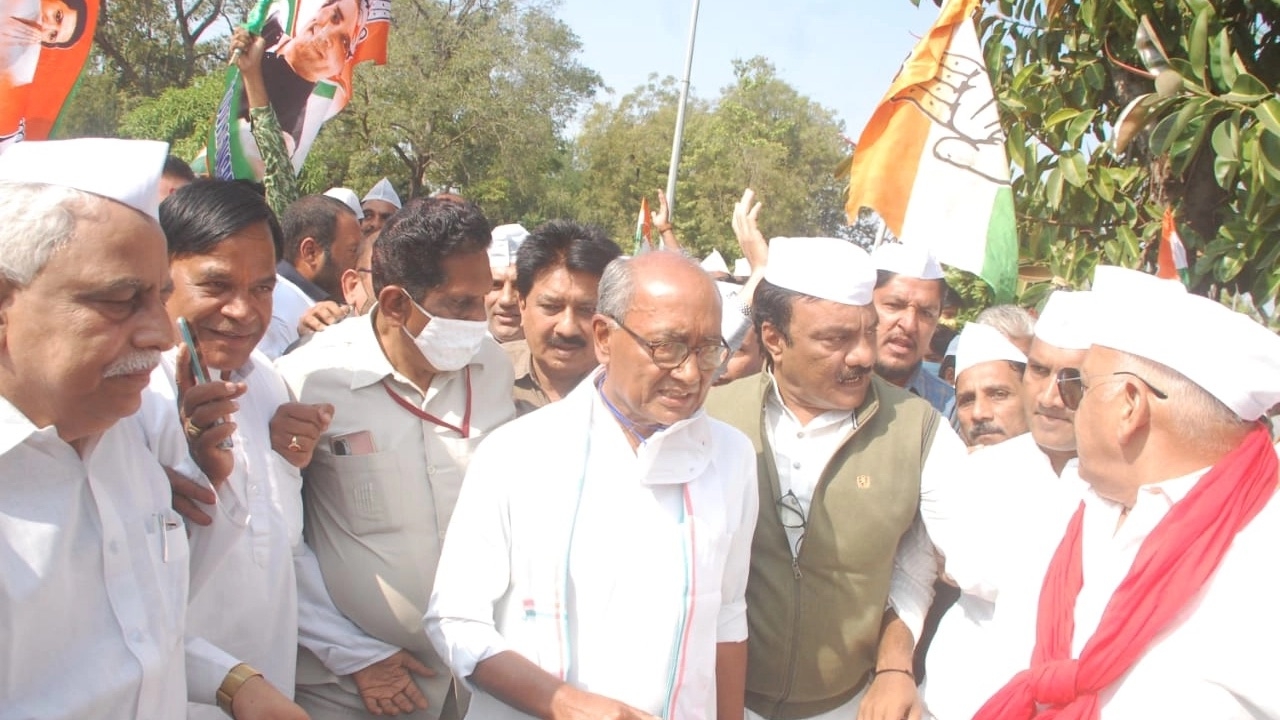 In response to Singh’s announcement, Sharma had made an arrangement for Ramdhun recitation and also for breakfast at his residence.

Police had placed barricades near Raj Bhawan and closed to road that led to BJP MLA’s residence. Singh asked the police to allow them to go to Sharma’s residence to which the police refused.

Congress workers and Digvijay Singh sat down and sang Ramdhun for about half an hour.

“Ram teaches love and inclusiveness. We want to tell BJP people about these qualities of Lord Ram and that Ram does not propagate violence,” said Digvijay Singh. After that the crowd dispersed.

On the other hand, police had also barricaded BJP MLA Rameshwar Sharma’s residence and did not allow entry exit near his place. However, Ram Bhajans went unabated at his place.

Sharma tweeted that it was Sanatani tradition that Prasad is distributed to everyone at Ramdhun, be it demons disguised as bhakts.

Earlier, Digvijay Singh had tweeted, ‘victory of non-violence over violence. BJP MLA who had threatened to break knees of Congress workers kneeled down before them.’