Jabalpur (Madhya Pradesh): Police here on Thursday busted a prostitution racket operating for a long time in a residential complex in Garha area of the city.

"During the raid, two youth and two girls were found there in an objectionable condition. Along with this, different kinds of materials have also been seized," she added.

Also, action is being taken against the owner of the house.

A case was registered against the accused woman and the landlord under Section 3, 4 Immoral Business Act and 1956 IPC. 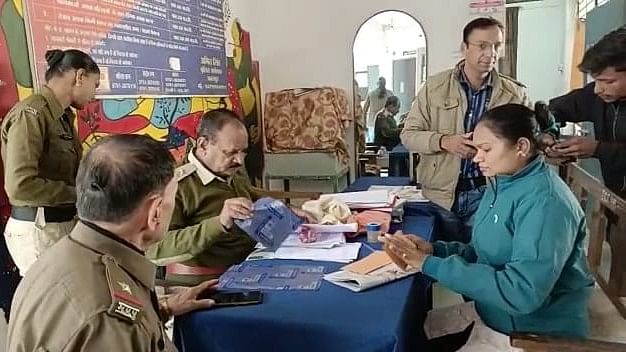 How the raid took place?

Preeti Tiwari said that a policeman was sent to the gang operator by posing as a customer. After bargaining and fixing the rate with the kingpin to one thousand rupees, the information was immediately passed on to Tiwari by the policeman who posed a customer.

Later, the police laid siege to the entire house and nabbed the accused.

The operator of the gang said that their customers were young men from nearby villages, whom they used to often lure and bring as there was no fear of the police.

On the other hand, the girls were pushed into prostitution who intended to buy a property for themselves and their families.

"They were helpless and had not come into prostitution of their own free will. The need to buy a house pushed them into flesh trade," Preeti Tiwari said.