Madhya Pradesh: More than 300 injured in Gotmar festival at Pandhurna

However, administration claimed that only 38 were injured.
Staff Reporter 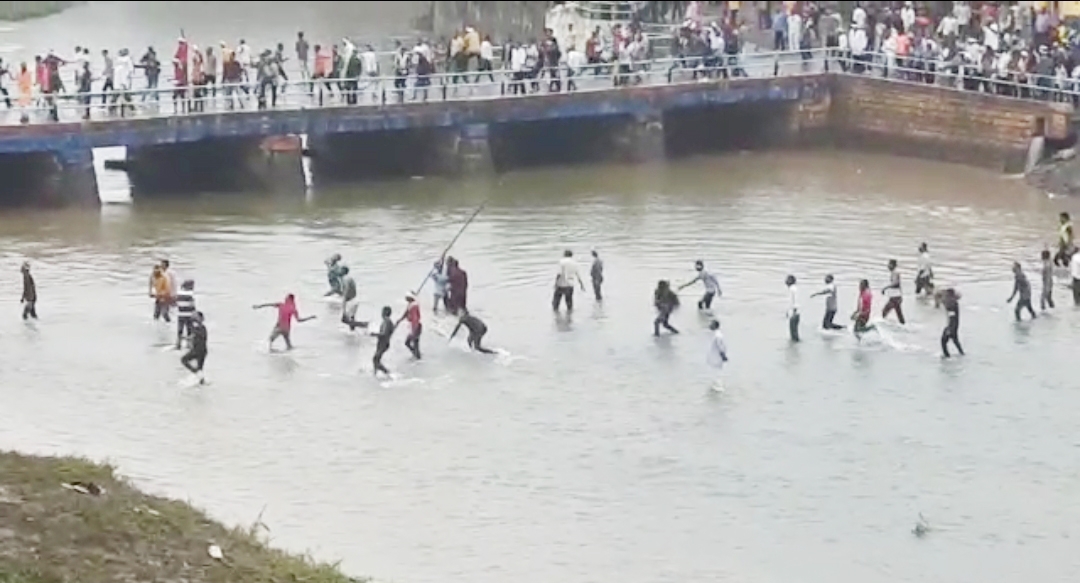 The two groups fighting it out in Gotmar festival on Tuesday. | FP

Bhopal/Chhindwara: More than 300 people reportedly sustained injuries, two serious, during annual Gotmar mela organised in Pandhurna on Tuesday, claimed cops deployed to control the situation. However, administration claimed that 38 were injured. Two of the injured were referred to Nagpur hospitals.

As people didn't listen to appeal of desisting from the violent ritual, the district administration had arranged for extra security at Gotmar mela where people from Pandhurna and Sawargaon hurled stones at each other.

Teams were deployed at the scene to prevent any untoward incident but still more than 300 participants' sustained injuries. According to reports, the two injured Mahendra Khadase and Shubham Jununkar had suffered broken leg.

Khadate is a resident of Gandhi ward and Jununkar lives in Radha Krishna ward of Pandhurna, said police.