The fraud came to light when the victim shopkeeper went to the MLA's office and demanded his money back.
FP News Service 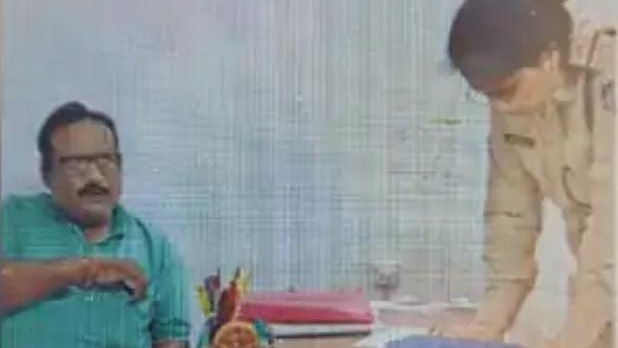 Jabalpur (Madhya Pradesh): A man has duped Rs 25,000 from a shopkeeper, impersonating himself as personal assistant (PA) of former finance minister and Congress MLA from Jabalpur (West), Tarun Bhanot.

The fraud came to light when the victim shopkeeper went to the MLA's office and demanded his money back.

Police have registered a case against the fraudster and started further investigation.

According to Sher Singh, he received a phone call from mobile number-

9038121777 on Saturday afternoon. The call introduced himself as Sahil, a PA of ex-cabinet minister Tarun Bhanot.

“He also made me talk to a man, who introduced himself as Tarun Bhanot. The man later gave me an account number and asked me to deposit Rs 25,000, promising that he would return money by the evening,” the victim said.

He further said that he tried to contact Shahil in the evening, but the latter's mobile number was switched off. Then, he approached the MLA's office and enquired about Shahil.

Realising the fraud, the MLA instructed his PA to lodge a police complaint.

The police said that the mobile number had been given to the cyber cell to obtain the details about the fraudster. “It is learnt that the accused had made phone calls to other shopkeepers, too. A team of cyber cell police has been pressed into action and accused will be nabbed soon,” said a senior police officer.