Before dying, the deceased also wrote a suicide note with coal on the wall accusing his uncle and cousins.
FP News Service 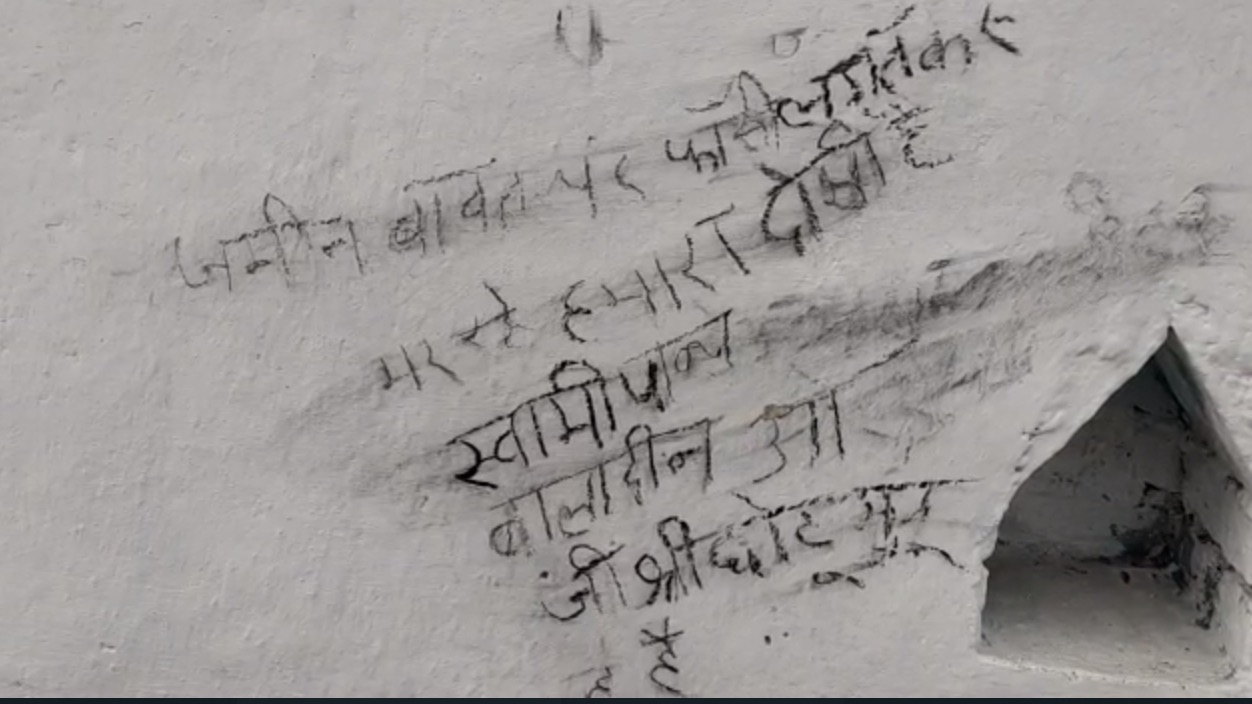 Chhatarpur (Madhya Pradesh): A man in Chhatarpur allegedly committed suicide by hanging himself in his house. He wrote a suicide note on the wall, accusing his uncle of abettment to suicide.

FSL team is on the spot and fingerprint experts were called.

The matter is currently under investigation. Further action will be taken on the basis of post-mortem reports and statements, said the Ishanagar police.

According to the station in charge Kamal Singh, the land dispute of deceased Ashok Pandey, living in Pachaloran Purva of Ishanagar police station area, was going on with his uncle and cousins.

Mahendra, brother of deceased Ashok Pandey says that their ancestral land was occupied by uncles.

The alleged accused uncle, Baladeen Pandey was neither giving land for irrigation nor was dividing the land.

According to the kin, Ashok was very worried about his land and farming. He often used to stay worried about the future of his three daughters and his family income.

Ashok went to his uncle several times to settle the dispute but to no avail. Troubled by the harassment of his uncle, Ashok Pandey hanged himself in the room of his house.

Before dying, Ashok Pandey also wrote a suicide note with coal on the wall accusing his uncle and cousins.

(With inputs from Jaiprakash)