As soon as the local residents of the village saw the dead leopard, they immediately informed the forest department.
FP News Service 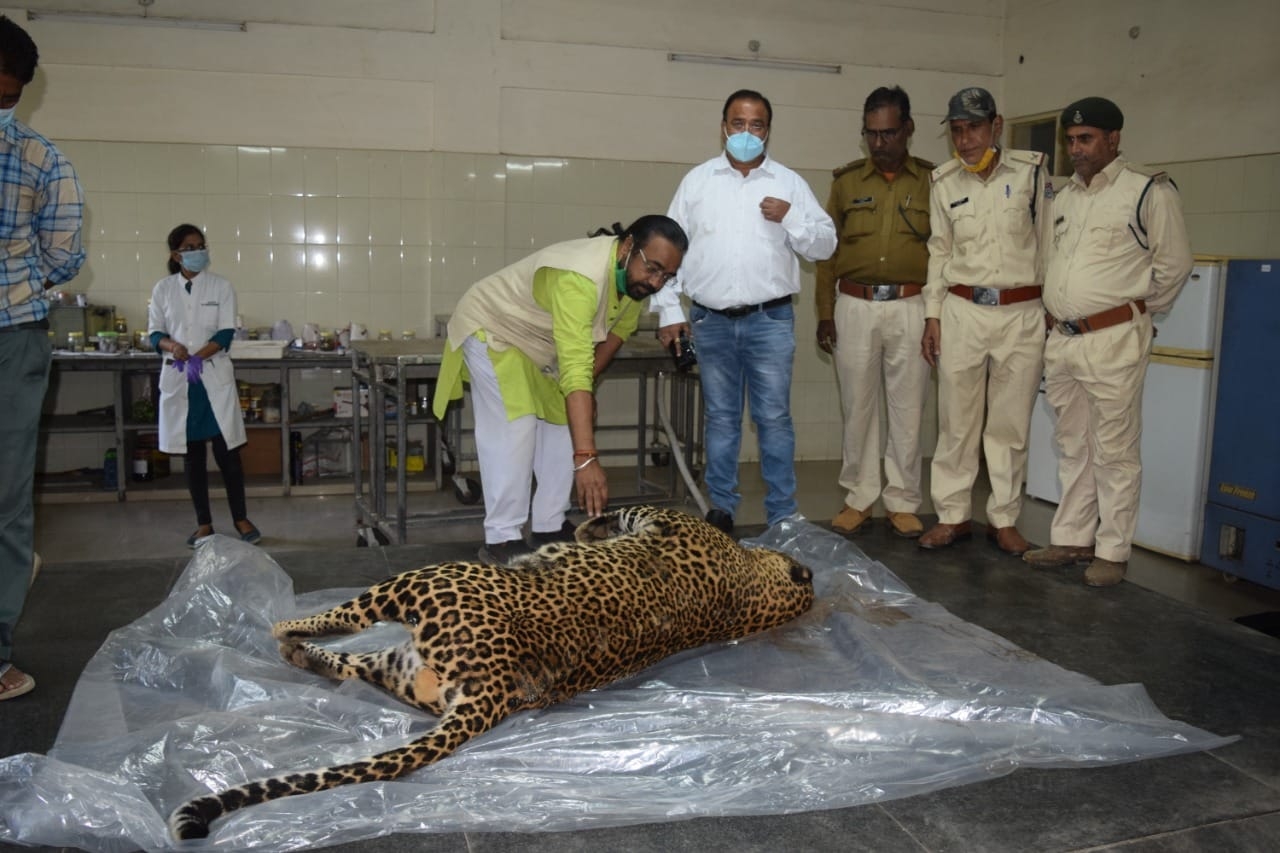 Jabalpur (Madhya Pradesh): A Six-year-old male leopard was found dead in bushes of an agricultural field near Kurro Pipariya village of Sarda Beat in Sihora forest area, Jabalpur on Tuesday.

As soon as the local residents of the village saw the dead leopard, they immediately informed the forest department.

Acting on the information, a team of forest department officials rushed to the spot and sent the body of the leopard to Veterinary college for the post mortem.

Sub-divisional officer of the forest department, Mukesh Patel says that the villagers informed the department about the incident on Monday night. After that the Forest Department conducted a search operation in the surrounding areas throughout the night.

The death of the leopard remains a mystery as no injury and burn mark was found on the leopard’s body. Because of which there could not be any possibility that it might have died of hunting, he added.

Patel further said that there might be the reason that the leopard died because of a disease or hunger. A poison bottle, however, seized from the spot and the reason of the death would be clarified after the post mortem report, he added.