The incident took between Sihora and Goshalpur in Jabalpur railway division.

Jabalpur (Madhya Pradesh): A major train accident was averted in Jabalpur’s Goshalpur on Saturday when a villager spotted a broken rail track and alerted the driver of the approaching Godwana Express to half by waving his red T-shirt.

The villager identified as Vasudev Prajapati, a resident of Mohgaon was going to his farm, which is situated on the opposite side of the railway track.

As he spotted a fracture on the track, he immediately put off his red T-shirt and started waving to signal the approaching train’s pilot to stop the train.

The pilot, who noticed the villager’s signal, sensed the danger and he applied the emergency brake, averting the major mishap. The engine and at least eight coaches crossed the broken track.

“I was crossing the track when I noticed the broken track. As a train was coming, I took off my T-shirt to signal the pilot, as I had heard that if you wave any red cloth, the pilot senses danger,” Prajapati said. Immediately after receiving information, west central railway teams rushed to the spot and repaired the track.

WCR officials said that a track had fractured between Sihora and Goshalpur in Jabalpur division.

“Godwana Express was passing through this track, when it came to notice. The incident disrupted traffic for least one hours. Now, track has been repaired,” a WCR official said. 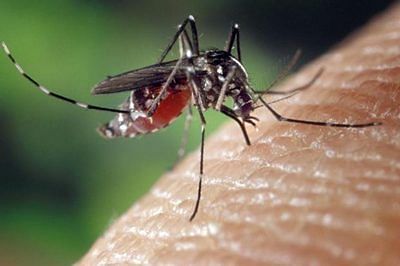