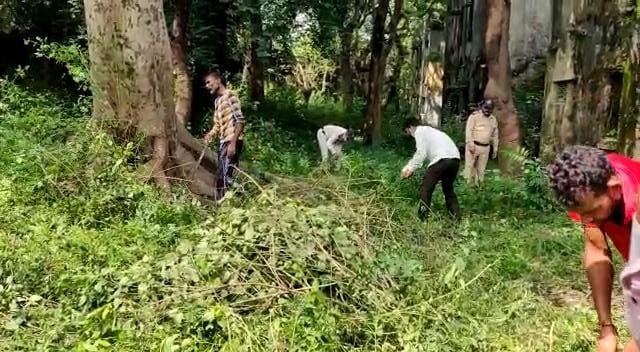 Jabalpur (Madhya Pradesh): A lover has killed a 23-year-old girl in Jabalpur whose skeletons has been recovered after four months, the police said.

The incident occurred under Ranjhi police station area and the accused lover is identified as Akash Ben, resident of Ranjhi, Jabalpur.

According to the Ranjhi police, the accused and the girl, Anjali, were in love since 2016 and they were planning to get married. Meanwhile the girl’s parents have fixed her marriage somewhere else on which the accused get heated.

Additional superintendent of police, Sanjay Agarwal said that the family members of Anjali lodged a missing complaint on May 31 on which the police took the accused lover Akash Ben into custody.

Agarwal further said that during the interrogation, the accused confessed the crime and narrated the whole story to the police. The accused told police that he called the girl on the pretext of travelling and took her to an old house on Vehicle Factory Road. After that the accused slit her throat with a knife and buried her in the ground, Agrawal added.

After the confession of the accused, the police reached the spot, collected the girl’s skeleton and sent it for the post-mortem. The police have registered the case against the accused and further investigation is going on, Agrawal added.