Madhya Pradesh: Irked lover flags poster of a girl as his wife, demands money, threatens girl to marry him

Gwalior (Madhya Pradesh): An eccentric lover reportedly flagged posters of a girl in a village in Gwalior on Friday, when she refused to marry her.

The incident was reported in Durga Vihar Colony under the Bahodapur police station area, where a boy Ajay Karan put up posters of a girl posing her as his wife. On objection by the girl, the alleged accused demanded money and threatened to defame her till she agrees to marry him.

Based on the complaint of the girl student, an FIR was registered against the accused in the Bahodapur police station. The alleged accused is on the run and a search operation is on.

Alleged accused Ajay Karan and the girl used to study in the same coaching centre in Durga Vihar Colony under Bahodapur police station area. Ajay befriended her and proposed to marry her to which she refused. He started sending her obscene messages to the student. When the girl raised an objection, he flagged her posters, telling everyone that she is his wife.

The alleged accused even demanded money and threatened the girl to marry him.

The girl then lodged a complained in Bahodapur police station. The police registered a case in this matter and search for the accused is on. 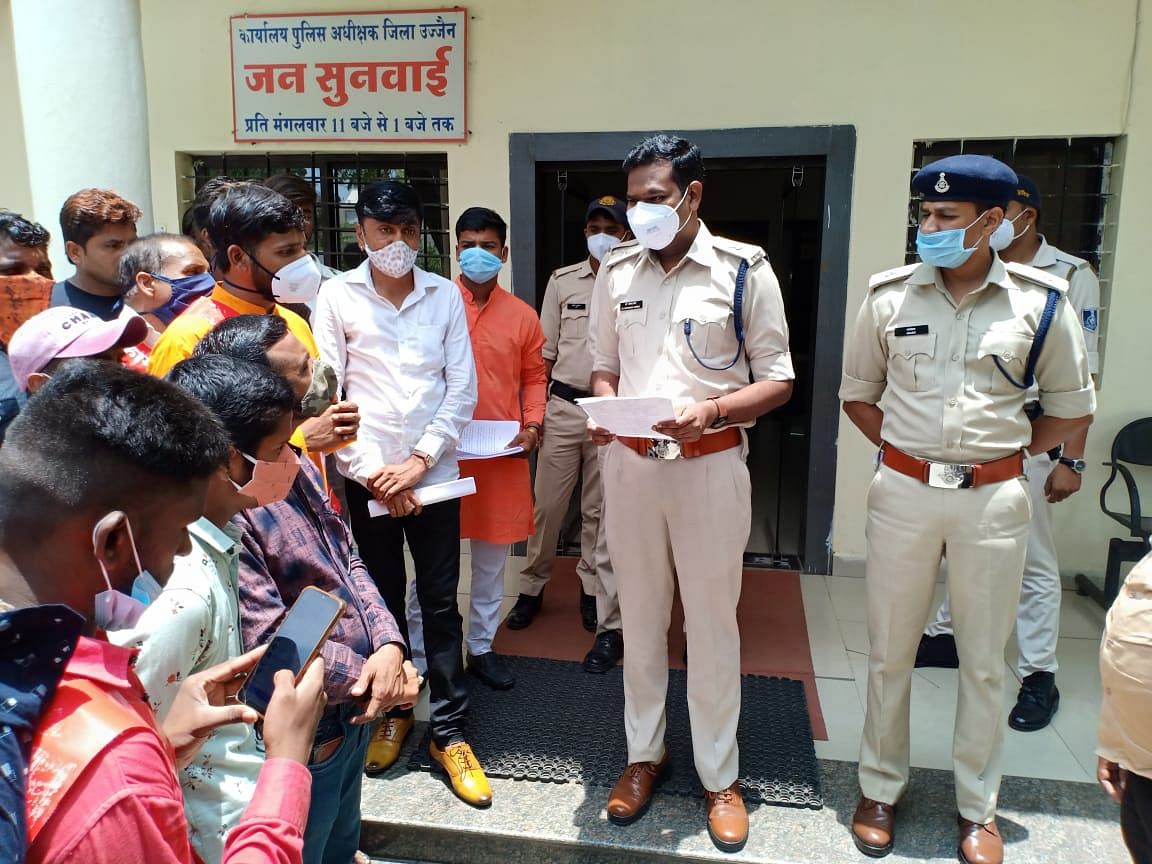