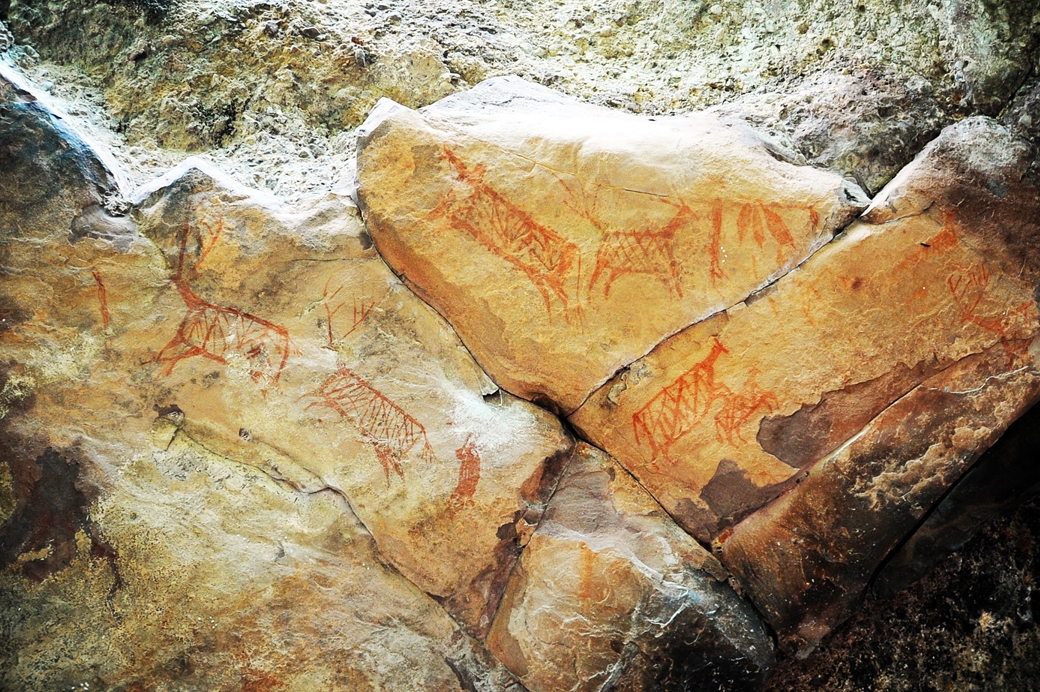 It is its 25th series of an online exhibition, which began from Thursday. Under this, rock shelters have been arranged in descending order of their sequence for identification and location.

The sequel talks of simple to complex moving and active postures of individual and groups indicate continuity of life cycle and concept of life here after.

Museum director Praveen Kumar Mishra said unknown is more powerful than known. “In case of rock art, it seems accurate because when we try to understand humans’ past by getting into depth of history, archaeology, anthropology and art, their each layer exposes the creativity of mankind and show us how meaningful and intense they are,” Mishra remarked.

“In absence of script, rock paintings reveal interior part of culture of that period, which enables us to know the psychical world of prehistoric humans with precision and vividness,” he added.

Museum associate Garima Anand said rock shelter graphics that depict faunal and human features are not a mere indication of a period but also indicate continuity and change in different segments of time.

Portrayal of microorganisms like butterflies and larger one like rhinoceros is a unique indication toward rich diversity, coexistence of all and perhaps eccentric climatic conditions.