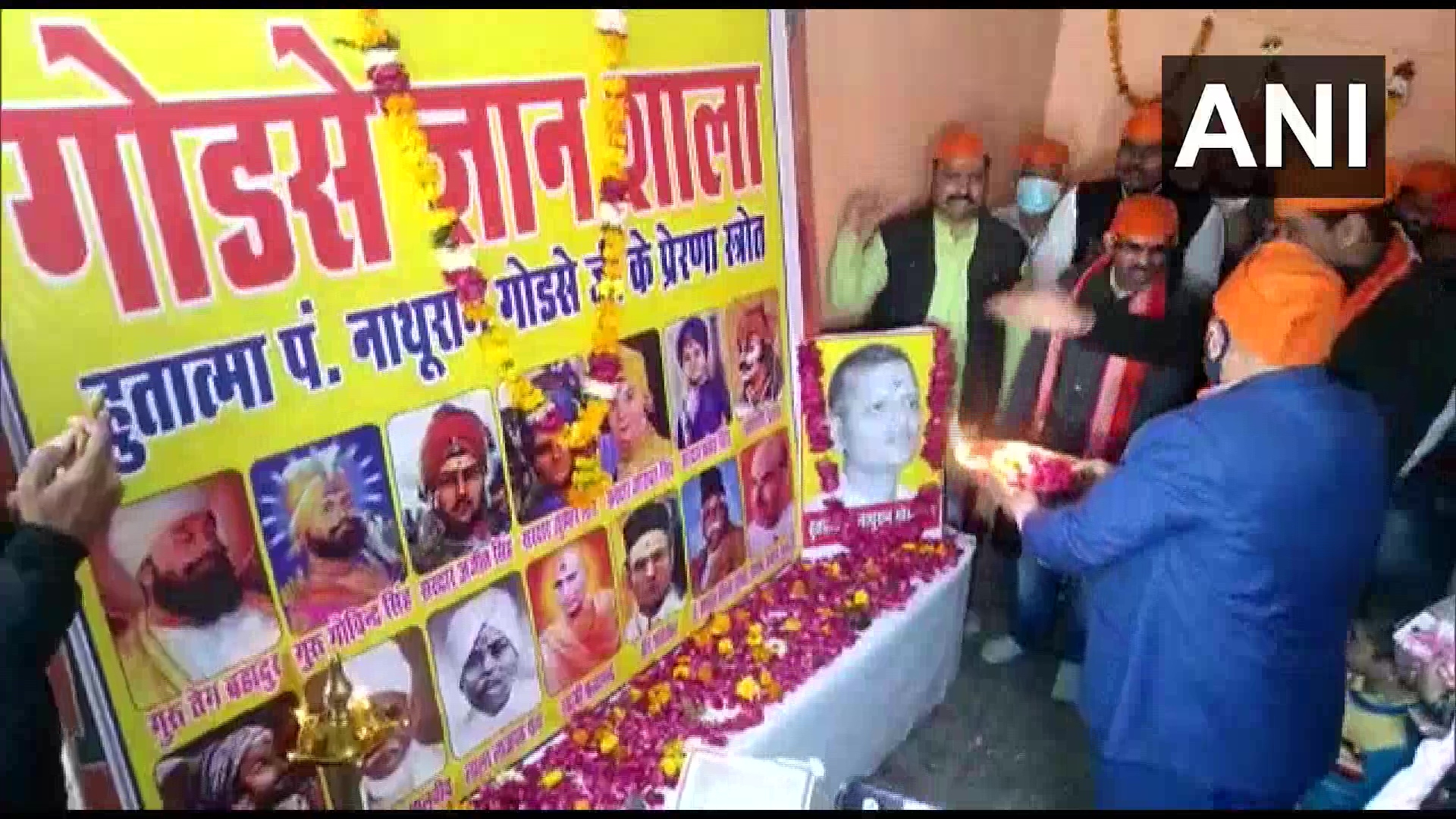 Following the criticism from the state unit of Congress, MP police shut down the library (Gyanshala) dedicated to Mahatma Gandhi's assassin Nathuram Godse in Gwalior.

However, the BJP distanced itself from the incident and assured that the state government will take strict action in the matter.

Madhya Pradesh BJP spokesperson Pankaj Chaturvedi said that the government has taken action in matters like this in the past and will do so now as well. The library will inform the young generation about aspects of the partition of India and it would provide information and knowledge about various national leaders, Dr Jaiveer Bhardwaj, National Vice-President, Hindu Mahasabha told ANI on Sunday.
"Today we want the young generation to know the truth and understand their responsibility towards nationalism. We opened the library to inform the youth why Godseji opposed partition and why he retaliated against it," he said. He added that the Mahasabha had given sacrifices for the freedom of the country while Congress was responsible for 'partitioning' of the country.
He further said, "Akhil Bhartiya Hindu Mahasabha had given sacrifices for the freedom of the country. Congress partitioned the country for making Nehru and Jinnah Prime Ministers. Hindu Mahasabha opposed this. Hindu Mahasabha inaugurated Godse Gyanshala at its Bhawan in Gwalior,"
"Godse took training in Gwalior and purchased a pistol. Later, he went to Delhi to execute his plan. In the first attempt, he was not successful... When Gandhiji met Godse, the latter fulfilled his resolution to retaliate against him. Since then we have said that you partitioned the country and you have to bear the consequences. No matter how big the leader, we stand by Godse's act," he added.