The injured are undergoing treatment at Netaji Subhash Chandra Bose Medical College, Jabalpur and their conditions are stated to be critical.
FP News Service 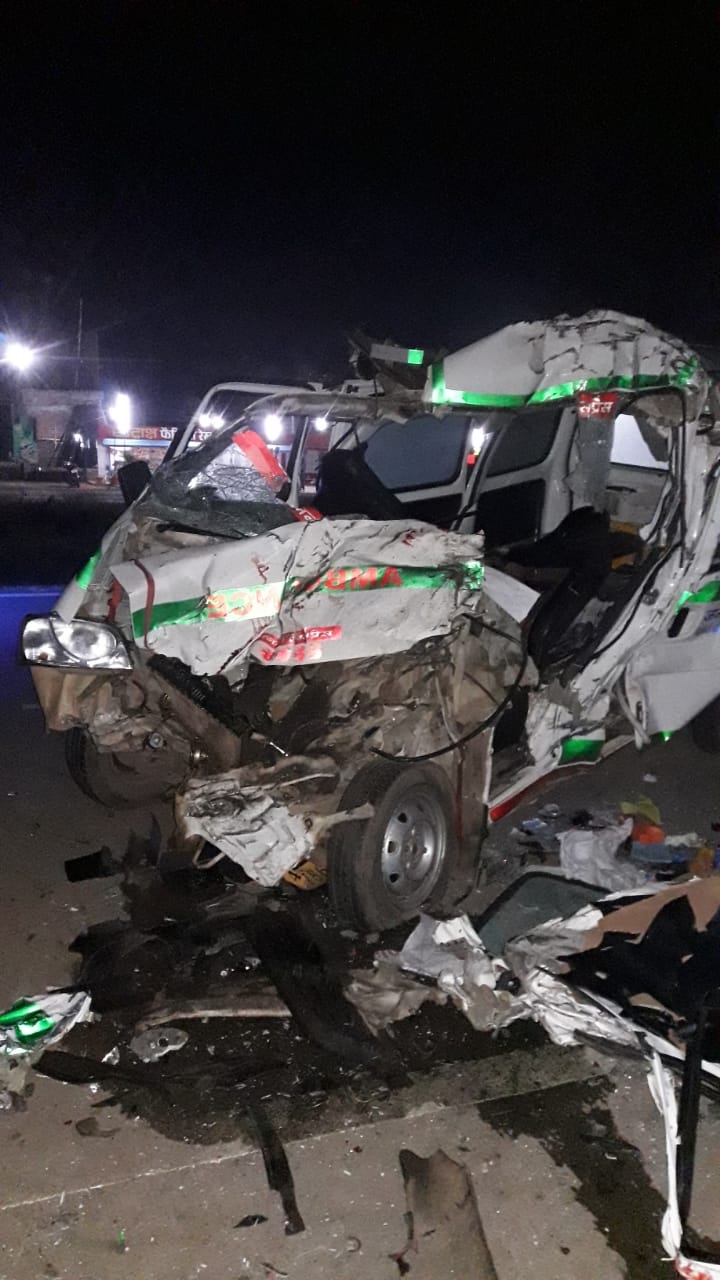 Jabalpur (Madhya Pradesh): Four persons including a pregnant woman were killed, while two others suffered serious injuries after a Janani Express Ambulance rammed into a stationary truck in Jabalpur late Wednesday night, sources said on Thursday.

The injured are undergoing treatment at Netaji Subhash Chandra Bose Medical College, Jabalpur and their conditions are stated to be critical.

The incident occurred at Panagar in Jabalpur district.

According to reporters, a pregnant woman from Indwar village in Umaria district was being taken to a hospital in Jabalpur. She along with her four family members were travelling in a Janani Express Ambulance- a state government’s run emergency medical service for pregnant women.

While they were passing through Katni-Jabalpur Highway, the ambulance driver lost control over the vehicle. The ambulance crashed into a stationary truck.

The police said that three persons including the ambulance driver had died on spot, while three others including a pregnant woman sustained severe injuries.

The injured were rushed to Jabalpur medical college, where the pregnant woman succumbed to injuries.

The police said that a case had been registered and further investigation was on.