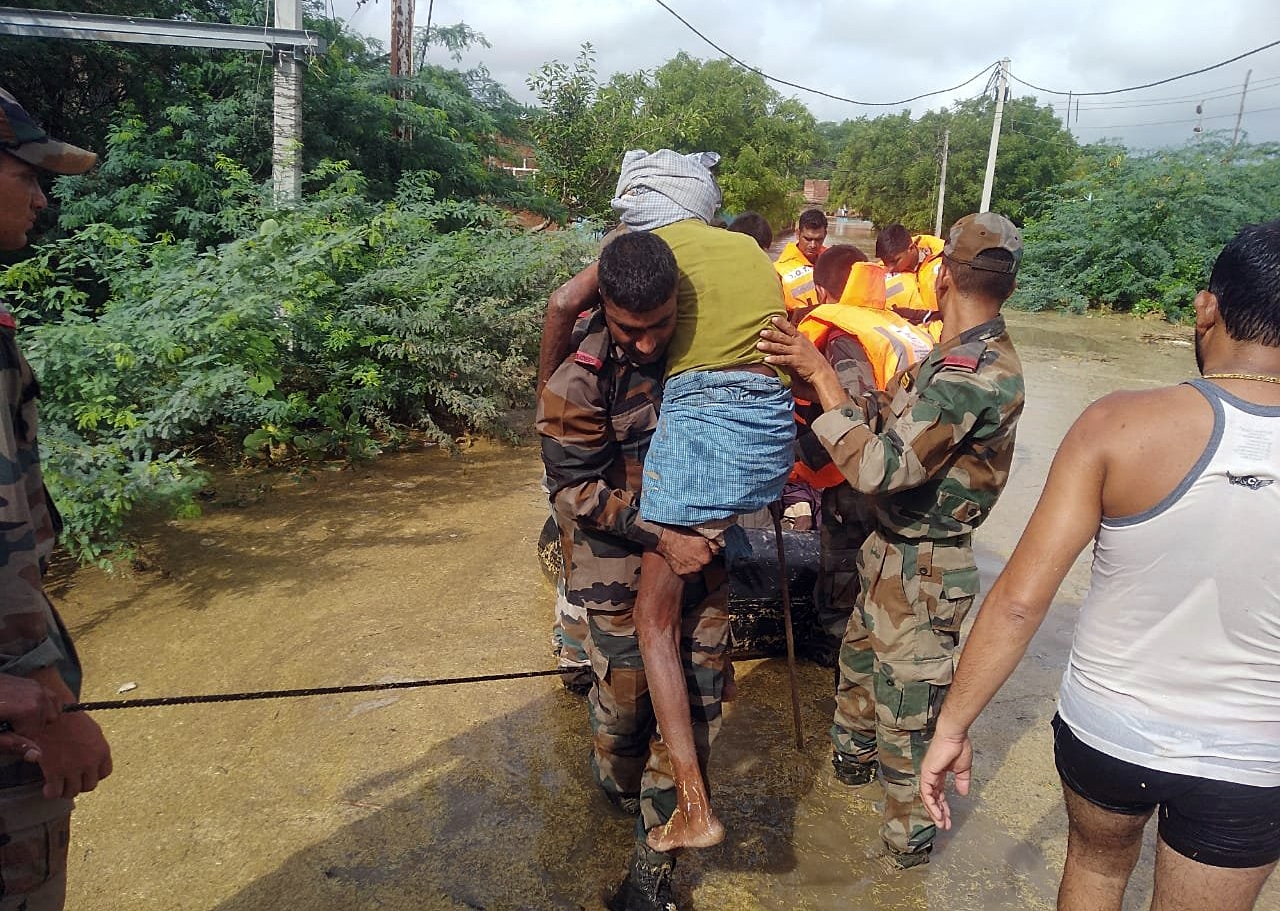 BHOPAL: Twenty-three people have died in flood-hit areas so far, said government officials on Friday. However, the government has no record of missing people owing to lack of road and telecom connectivity.

Revenue secretary Gyaneshwar Patil said, “At least 23 people have died and seven injured. Owing to lack of connectivity, we have no record of missing people. Situation is improving gradually in Gwalior and Chambal belt.”

Rains that have battered Gwalior Chambal region for the last four days have cut off many areas. Thousands have been rendered homeless and many are missing. Lack of connectivity has also hit relief programme.

Meanwhile, receding water offered some relief to flood-affected people in Gwalior-Chambal region on Friday. State government said that it would share survey report with Central government for relief and assured of rebuilding infrastructure in flood hit areas. Chouhan said that task force would be constituted to overlook relief work.

It would comprise ministers of departments, Additional Chief secretary and principal secretaries. Officials of departments like Urban Development administration , Panchayat and Rural development, Public Works Department , Water Resources, Health, PHE, Energy, Revenue, Agriculture and Animal Husbandry would also be included in the task force. The CM said that flood hit families would be provided relief from PM Housing Scheme which would be converged with MANREGA. 50kg grain would be provided to every affected family.