Following the incident, villagers staged a protest alleging that the victims had not received timely help after the accident.
PTI

Three persons were killed in Raisen, while two died in Bhind in the last 24 hours, officials said.

In an accident that took place late on Tuesday night, three men died when their motorcycle collided with a tractor-trolley near Sunehra Patna village on Silwani-Gairatganj road, about 110-km from the district headquarters, sub divisional officer of police (SDOP) N P Goyal said.

The victims Gopal Kewat, Laxminarayan Kewat and Ashok Kewat, all in their early 20s, were residents of Bhanpur village, the official said.

Following the incident, villagers staged a protest alleging that the victims had not received timely help after the accident.

In a similar accident in Bhind district, two persons were killed and another injured when their motorcycle rammed into a stationary tractor-trolley, Mehgaon police station in-charge D B S Tomar said.

The accident took place at Gingrakhi village around 11.30 pm on Tuesday, he said.

The three men were heading home after attending a wedding in Malanpur, when their motorcycle rammed into the stationary vehicle, he said.

Cousins Jitendra (28) and Akhilesh (25) were killed on the spot, while another man travelling with them was injured and admitted to a hospital, the official said.

A case has been registered in this regard and further probe is underway, he added. 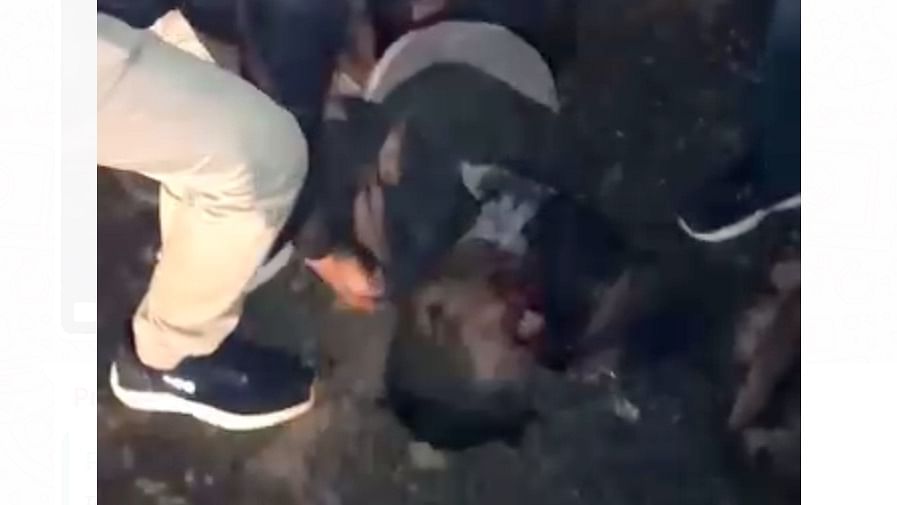