The injured were identified as Sumit Rana, Tinku, Jagmohan and Rajiv. All of them were admitted to the Railway hospital, Itarsi.
Staff Reporter 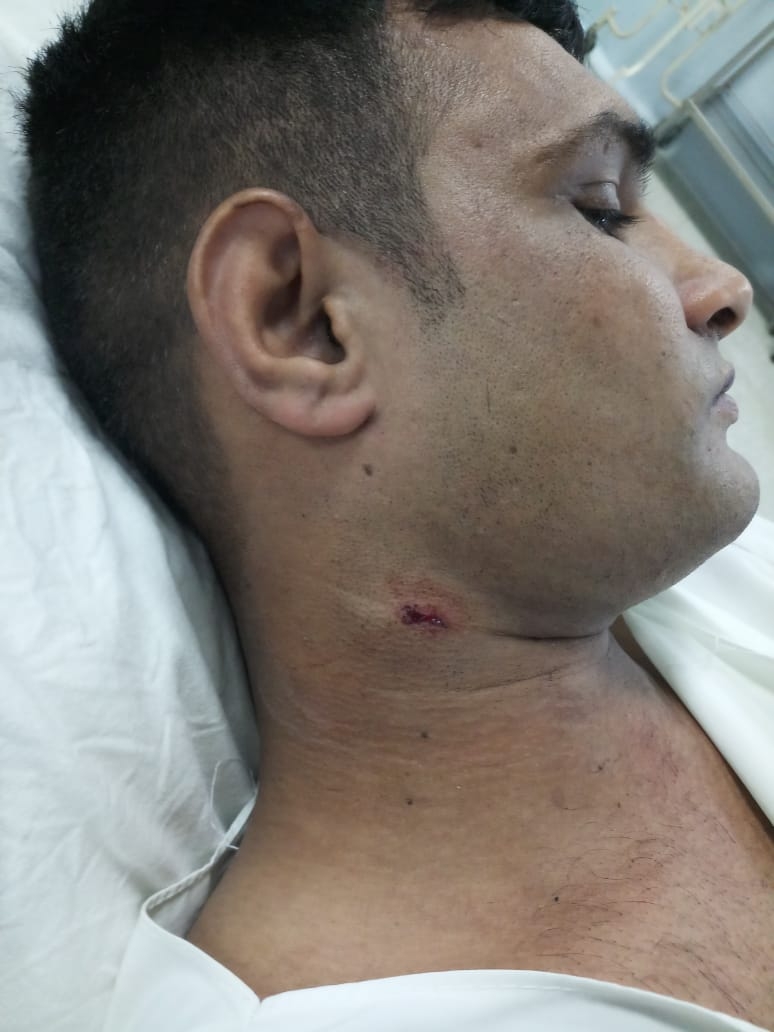 The injured have been identified as Sumit Rana, Tinku, Jagmohan and Rajiv. All of them were admitted to the Railway hospital, Itarsi. Tinku among them got seriously injured as two bullets hit him around the neck and he was referred to the Narmada Hospital, Hoshangabad.

According to the sources in the hospital, bullets have been successfully taken out from his neck and further treatment is going on.

According to the information received, RPSF Jawan Sumit was filling the bullets in a 9MM carbine in the RPF barrack near GRP police station, Itarsi. Suddenly the trigger of the gun accidently pressed and the fired bullets hit the soldiers.