The fast that began at 10AM is being observed at Gandhi Bhavan in Bhopal.
Staff Reporter 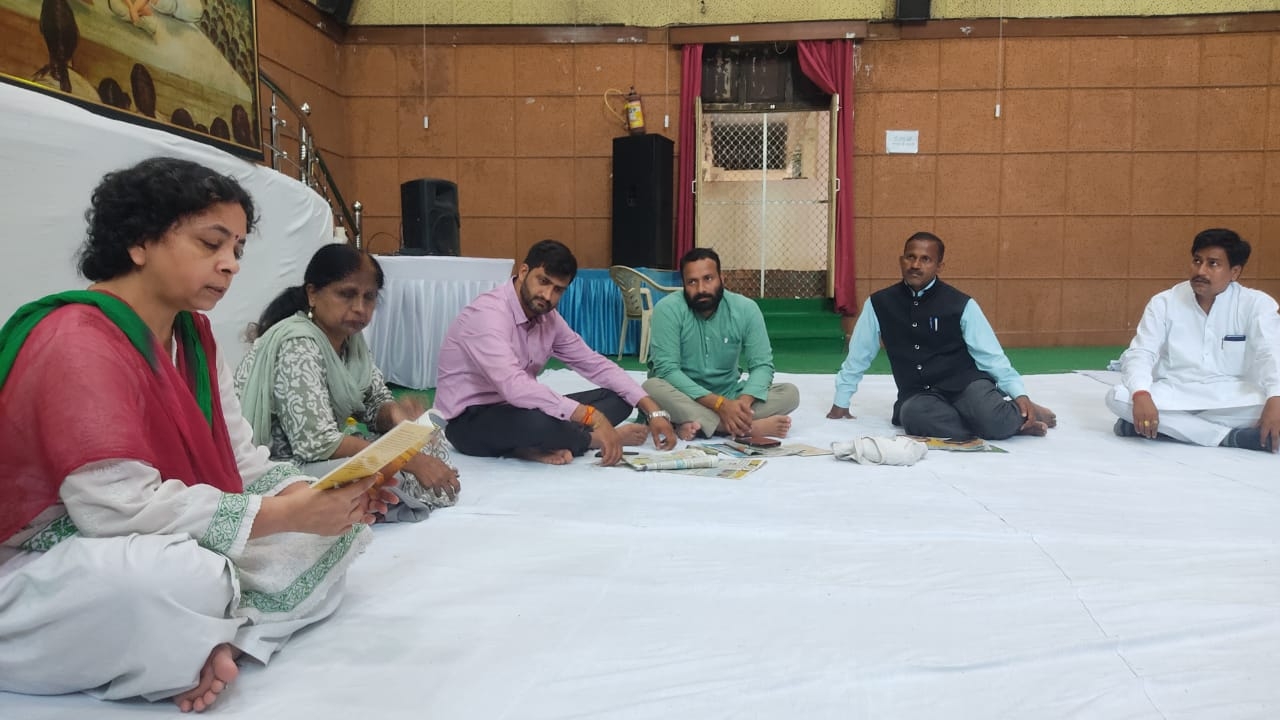 Bhopal (Madhya Pradesh): The members of the Civil Society, who are observing a one-day fast in protest of the Lakhimpur Khiri incident, have said the attempts are being made to provoke the farmers agitating against anti-farm laws.

The members further say that people are provoking farmers to commit violence so that their protest could be suppressed. The farmers should not fall into this trap and should continue to keep their protest absolutely peaceful and non-violent, the members say.

The fast that began at 10AM is being observed at Gandhi Bhavan in Bhopal.

At least eight people have been killed and several others suffered injuries after a clash broke out between protesting farmers and a group of BJP supporters and workers at Lakhimpur Khiri in Uttar Pradesh, on Sunday.

Aneesh Thillenkery, national general secretary of Ekta Parishad, says that violence is wrong no matter what the provocation is and no matter who commits it because violence will lead to nowhere. “Our appeal to the farmers, the administration and the public is that they should not get provoked and should not turn violent even if the other side does,” he says.

Social activist Kumud Singh says that what had happened at Lakhimpur-Kheri was a matter of deep concern. The verbal violence being indulged in by senior leaders like the chief minister of Haryana and union ministers should end immediately, she says. “Their only objective is to turn the agitation of the farmers violent so that the protestors can be suppressed,” she says. Singh says that Gandhiji used to say that fasting was the best way to counter violence.

Sharad Singh Kumre, a farmer, says that it was sad that protesting farmers were run over by a car. “We all try not to crush even the smallest of the animals under the wheels of our vehicles,” he says. What happened in UP shows how cruel our society is turning and how anarchy is prevailing in many parts of the country, he says.

Neeru Diwakar, 27, a student says that those responsible for the deaths and the violence should be punished swiftly. Shubham Sharma, a young filmmaker, says that life is valuable and no one should be deprived of it.

Shivasheesh Tiwari, a 22-year-old student, says that one needs to introspect. “We all need to think,” he says. The government should talk with the farmers. “Why should we assume that those protesting on the borders of Delhi for more than a year are wrong? Why is the government not talking with them? If they will not protest against the government, whom will they protest against?” he asks.