The incident happened on Tuesday. As soon as the information was received, Pohri Sub-Divisional Magistrate (SDM) rushed to the spot and tried to control the farmers.
FP News Service 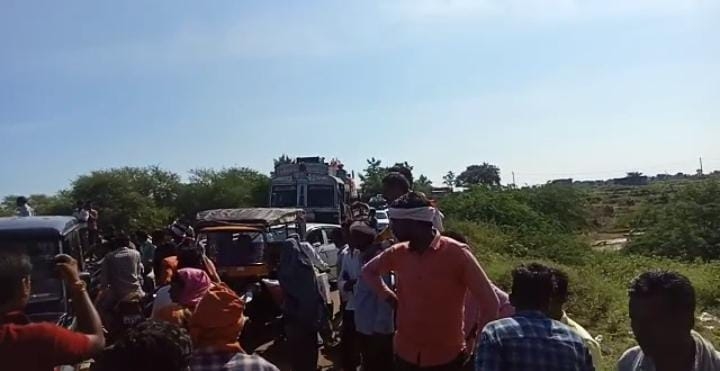 The incident happened on Tuesday. As soon as the information was received, Pohri Sub-Divisional Magistrate (SDM) rushed to the spot and tried to control the farmers.

Notably, the farmers were forced to buy fertilizers from the private vendor in black at high prices as there was shortage of fertilizers in the area. When the farmers received the information about the arrival of a fertilizer loaded truck in the area on Monday night, the farmer reached the godown to get the fertilizers. But they did not receive the fertilizers till afternoon after that angry farmers acted and blocked the high for more than three hours.

The SDM, Ankur Gupta who reached the spot convinced the farmers and assured them to provide enough fertilizers. He also said to distribute around 600 coupons to the farmers.

Gupta told farmers that if any fertilizer vendor charged more money then make a video of it, take a photo and notify him on the phone, adding that action would be taken against them.

He also says that there is no shortage of fertilizers as of now. The farmers would get the fertilizers slowly and systematically.

The farmers, however, alleged that the SDM did not live at the headquarters, while the SDM said that he lived in the rest house Pohri and the allegations were baseless.