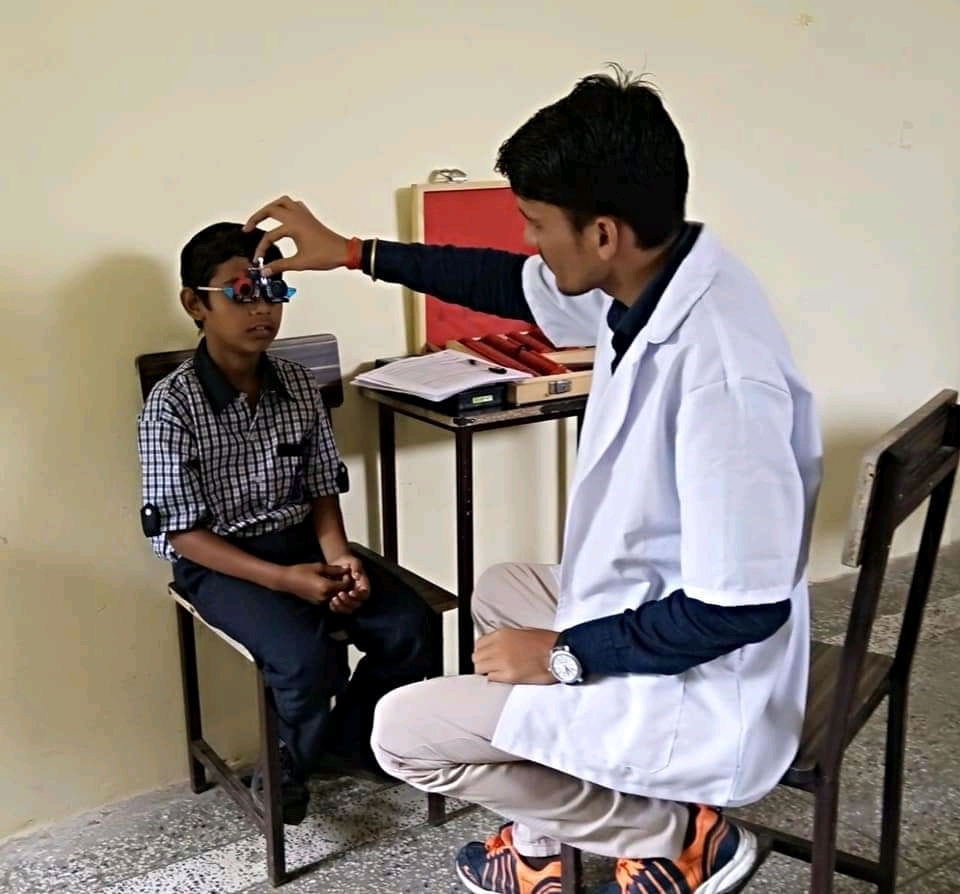 Doctor checking eye of a patient |

Polluted atmosphere and spending hours on the mobile phone have become main reasons for eye diseases among the residents in this town.

As the schools remained closed for more than one and a half years, the children had to study online and, as a result, 50% of children in the town have developed eye diseases, sources further said.

On the other hand, nearly 20% of children in the town have developed eye disorders because of the polluted atmosphere.

The cases which have come up in the Sewa Sadan Vision Care in Patel Nagar indicate the number of people suffering from eye disorders is rising.

In the past nine months, 2,183 people have got their eyes treated. According to eye assistant at Vision Care Centre, Vikram Patel, nearly 15-20 people visit the OPD of the hospital daily.

Out of all of them, two are down with eye cataracts. According to sources, nearly two per cent of the people in the area suffer from eye cataract.

Approximately 65-70% of people in the area are down with various eye disorders.

According to Patel, a WHO report said 72% of people in the world are down with eye diseases. But the figure in India is 73%.

Eye assistant in the civil hospital Rajat Agarwal said that the number of cases of eye disorders is very high in the area because of industries and the children are the worst sufferers.

Thirty 30 children are advised to wear spectacles every month, Patel said, adding that they are busy with mobile phones for hours.

Most of the children developed glaucoma which is generally seen among the people over 40 years, he said.

Nearly 300 people visit the hospital to get treatment for eye disorders, Patel said.

Out of 300, 50 children are aged from eight to 18 years, which are being given number of spectacles, he said.

Last year, nearly 80-100 children aged from three to 18 years were given spectacles, but now, the number has shot up to 180 this year.

According to Agarwal, as children are busy working on mobile phones and laptops, they losing their long sight.