Madhya Pradesh: DGP held a meeting regarding the crime in Gwalior Chambal zone, CCTV installation in the state is going on says Johri

After the meeting, talking to the media persons, he said that the strategy to stop the crime has been continuously formed and it cannot be stopped immediately.
FP News Service 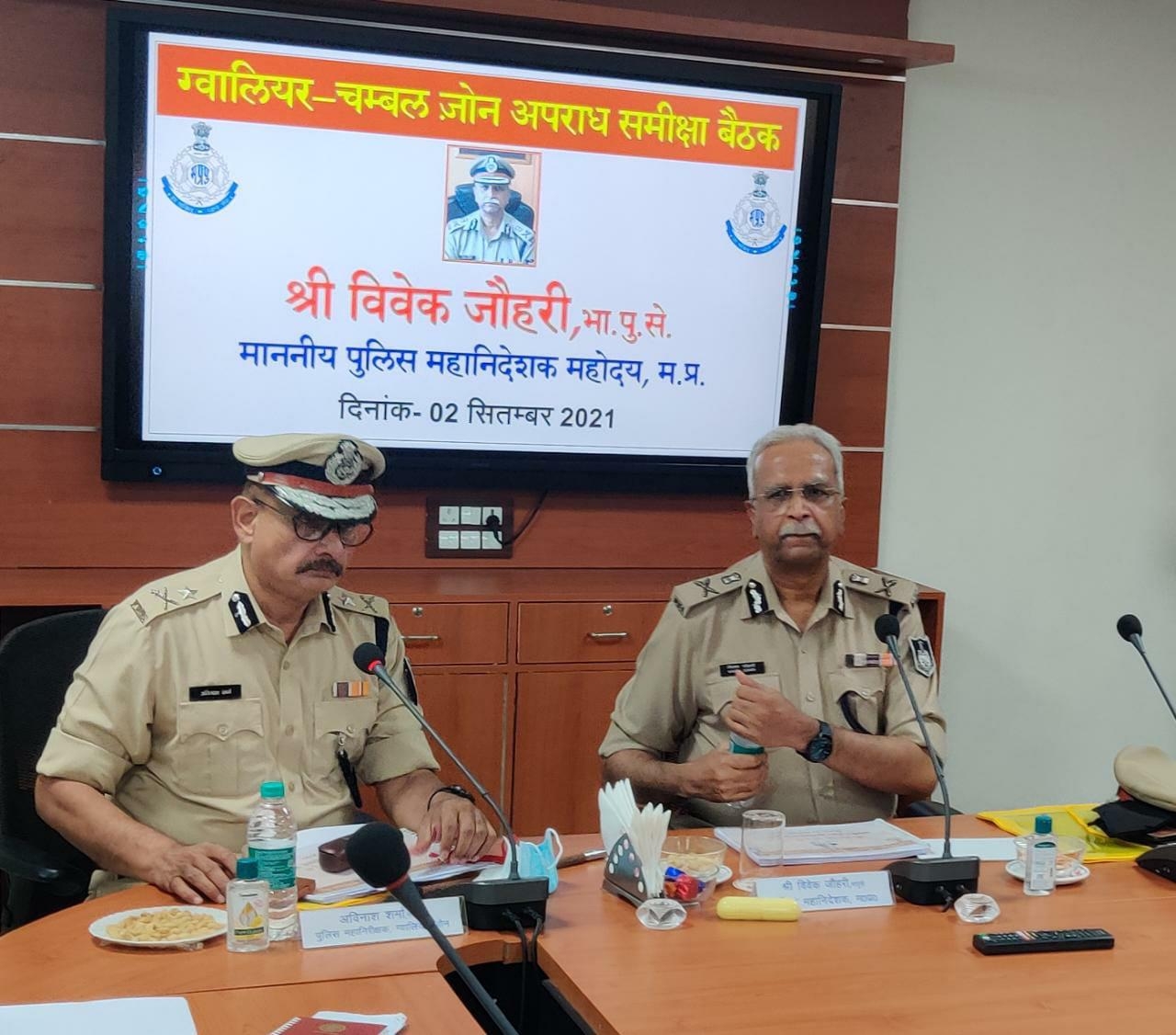 Gwalior (Madhya Pradesh): The Madhya Pradesh Director General of Police Vivek Johri had held a meeting with the Superintendent of Police and other senior officers of Gwalior-Chambal division to review the crime in the area.

After the meeting, talking to the media persons, he said that the strategy to stop the crime has been continuously formed and it cannot be stopped immediately.

Answering a question he said that the work of installing CCTV cameras is continuously going on. Following the Supreme Court's order CCTV cameras are to be installed at every police station.

On the question of a jawan being crushed by the sand mafia in Morena, he said that illegal mining is going on continuously, it is not stopped immediately but the culprit will not be spared.

On the question of the accused arrested in Indore having links with terrorist organizations, he said that they have made a strategy against such people but cannot expose them in the media.

He also said that although dacoities did not take place in the region like earlier, the law would still be useful to check crimes.

He said on cybercrime that cybercrime has not only increased in MP but in the whole country. The cyber wing of the police has been strengthened. There is a branch in Gwalior as well and strict actions are being taken against such crime.