The police team along with municipal corporation employees reached the spot to rescue the youth.
FP News Service 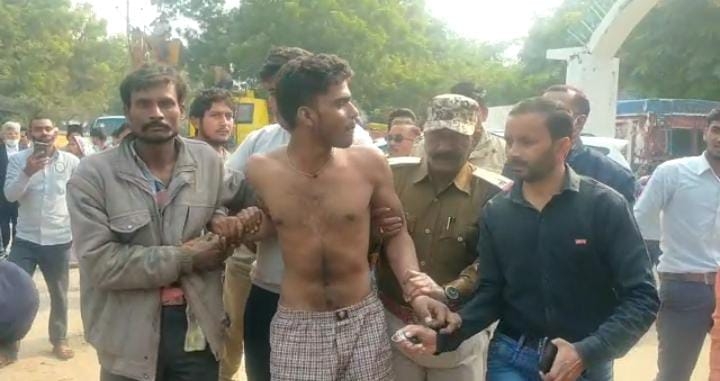 Satna (Madhya Pradesh): A student of class 12th, Ashish Yadav has climbed on a neem tree located at the main gate of Sadguru Vidyalaya, Chitrakoot, Satna.

The incident occurred on Friday morning and as soon as the principal came to know about the incident, he informed the police.

Acting on the information, the police along with the team of municipal corporation employees reached the spot. When the employees tried to climb on the tree and asked the youth to step down, he threatened to jump.

Later, the street light crane was called and as soon as the employee tried to go up, the youth jumped from the tree. The municipal corporation staff holding the net caught the youth and saved him.

Principal of the school, Shankar Dayal Pandey said that the student was suffering from depression for the last 15 days. Ashish’ father took him for treatment but Ashish made an excuse for the exam and disappeared from the way. As soon as he reached near the school, he climbed on the tree, Pandey added.

On getting the information about the incident, Dr. BK Jain, Trustee of Sadguru Trust and his wife Usha Jain also reached the spot.