An order has been issued to the regional transport officers about it, Rajput said.

Transport and Revenue minister Govind Singh Rajput |
Follow us on

Sagar (Madhya Pradesh): Transport and Revenue minister Govind Singh Rajput has said that the commercial vehicles without standard reflector tape will not be allowed to ply.

An order has been issued to the regional transport officers about it, Rajput said.

One of the reasons for road accidents in winters is that a driver cannot see the vehicles coming from far or standing afar because of poor visibility due to fog, he said.

More than 4.5 lakh road accidents occur in the country and nearly 1.5 people die in those mishaps, he said.

Rajput further said that the reflector tape fitted into vehicles should be as per AIS norms and an order for it had been issued.

The certificate of reflector tape installed in the vehicle by the authorized dealers of the vehicle manufacturers will be generated and printed through the portal itself, the minister further said.

The details of reflector tape will be mentioned in the certificate, he said.

Transport commissioner Mukesh Jain said that the certificate of the reflector tape would always be available in the portal and its verification could be done any time.

Besides that, the QR code of the reflector tape will also be mentioned in the certificate, so that it can be scanned for certification, Jain said.

Before issuing the fitness certificate, the authorities concerned must inquire into the reflector tape and the rear marking plate fixation certificate, Jain said.

Only after that a fitness certificate can be issued, he said, adding that the enforcement staff will be able to check the veracity of the certificate by examining the QR code on the certificate through the portal.

Once this system comes into force, nobody will be able to fit non-standard reflector, reflector tape or rear marking plate into vehicles, he said.

As a result, there will be fewer road accidents, Jain further said. 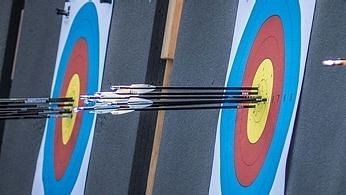