The collector issued the direction on Friday when he was inspecting the University Road.
FP News Service 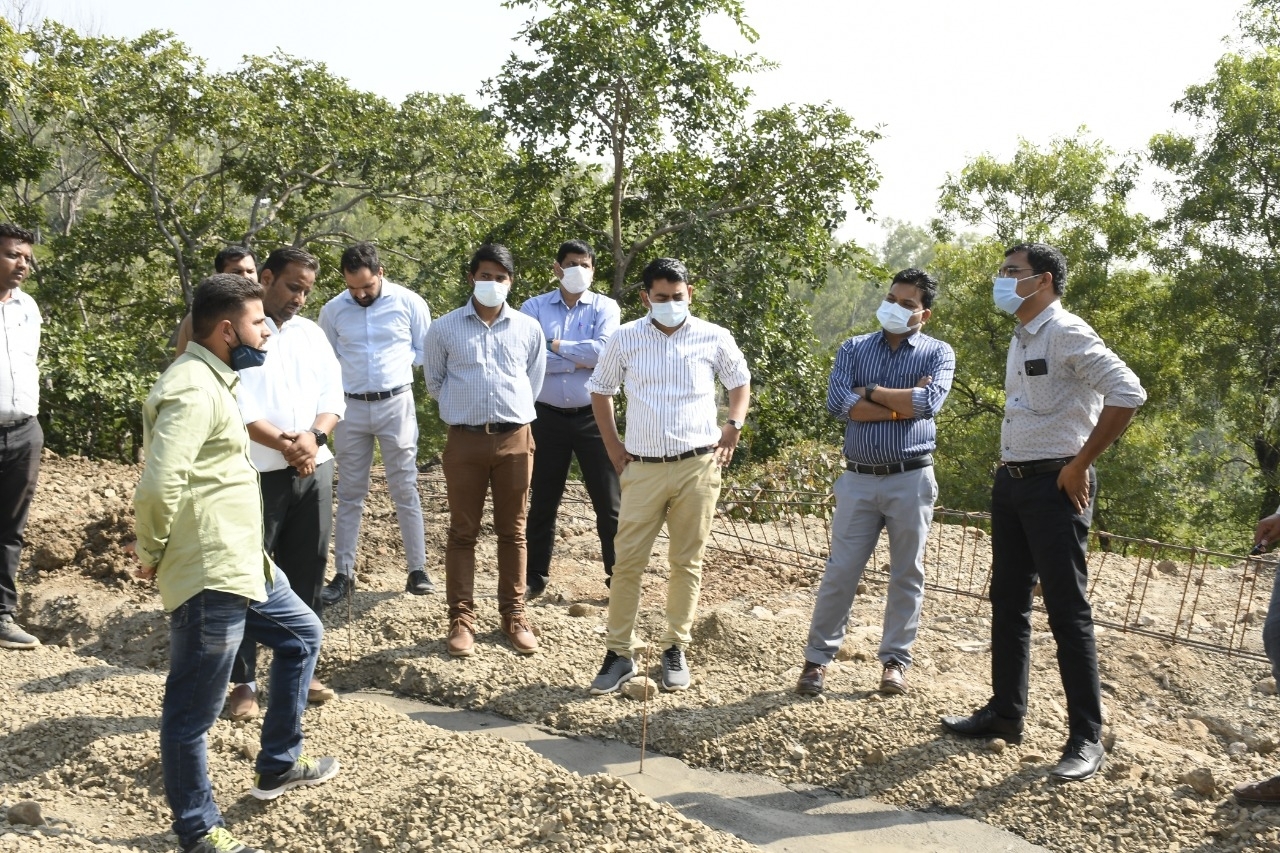 Sagar (Madhya Pradesh): Collector-cum-co-chairman of Smart City Limited, Deepak Arya, has directed the officials to inscribe the life story of Dr Harisingh Gour on the wall erected on the under-construction University Road.

Arya further said that the donations, dedication, education and sacrifice of Gour should be beautifully inscribed on the wall with various pictures.

The collector issued the direction on Friday when he was inspecting the University Road.

Commissioner of the municipal corporation RP Ahirwar, who is also co-executive director of Smart City Limited, chief executive officer Rahul Singh Rajput were present at the time of the inspection.

When he was watching presentation, he said that the life sketch of Gour should be inscribed on the wall, so that the people might know about his contribution to the nation and learn lesions from his life.

There should be a mural of Gour on the wall with proper lighting arrangements.

Besides, grass should be planted around the wall to maintain greenery, he said.

He also inspected the construction of the sitting area in the middle of the Ghat and said that sand stone railings should be installed at the Ghat for safety of the visitors.

A selfie point will be set up in the area, he further said, adding that the trees on the pathways should be protected and radium sticker should be put on those trees.

He also directed the officials to construct slopes on the pathways through which people move and to level the height of the slopes.

After that, he inspected the Smart Road-2 being built from Civil Lines Square to Tili Trisection.

He told the construction agency that the road building work should be finished by November 30, and that if the work is not done by that they will face the music.