The chief minister paid homage to martyrs by laying a wreath at Shaurya Smarak.
Staff Reporter

The chief minister was addressing the oath taking ceremony on National Unity Day at Shaurya Smarak on the birth anniversary of Sardar Patel on Sunday. He added that Sardar Patel has set a unique example of national unity by merging over 500 princely states. This is a unique event in itself in the world.

Chouhan said Patel has played an important role in uniting India by firmly countering divide and rule policy of Britishers. He said Sardar Patel made invaluable contribution whether it was the farmers’ movement of Bardoli or movement led by Mahatma Gandhi. 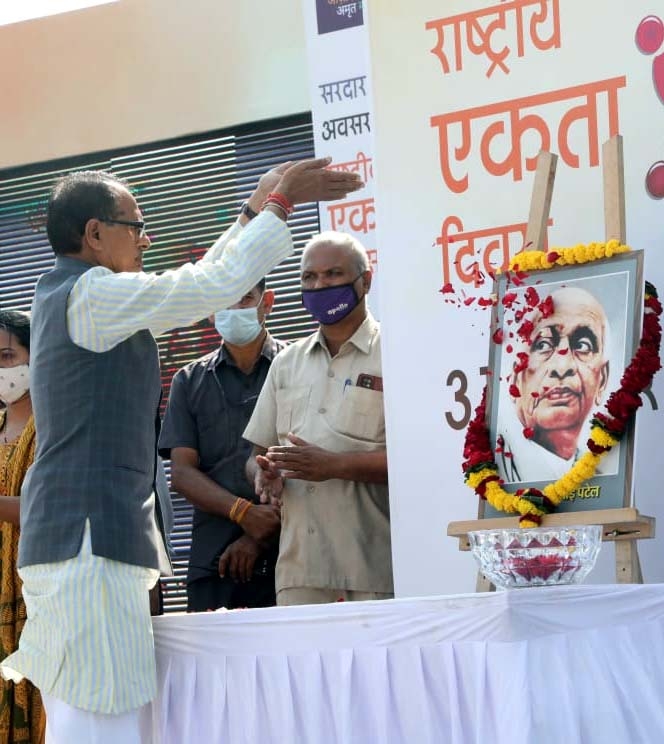 “All of us should work with determination for unity and integrity of India. All Indians should respect jawans posted on Indian borders. We must work to combat terrorism. Considering every Indian as his own, one should work with brotherhood to take country forward,” he added. 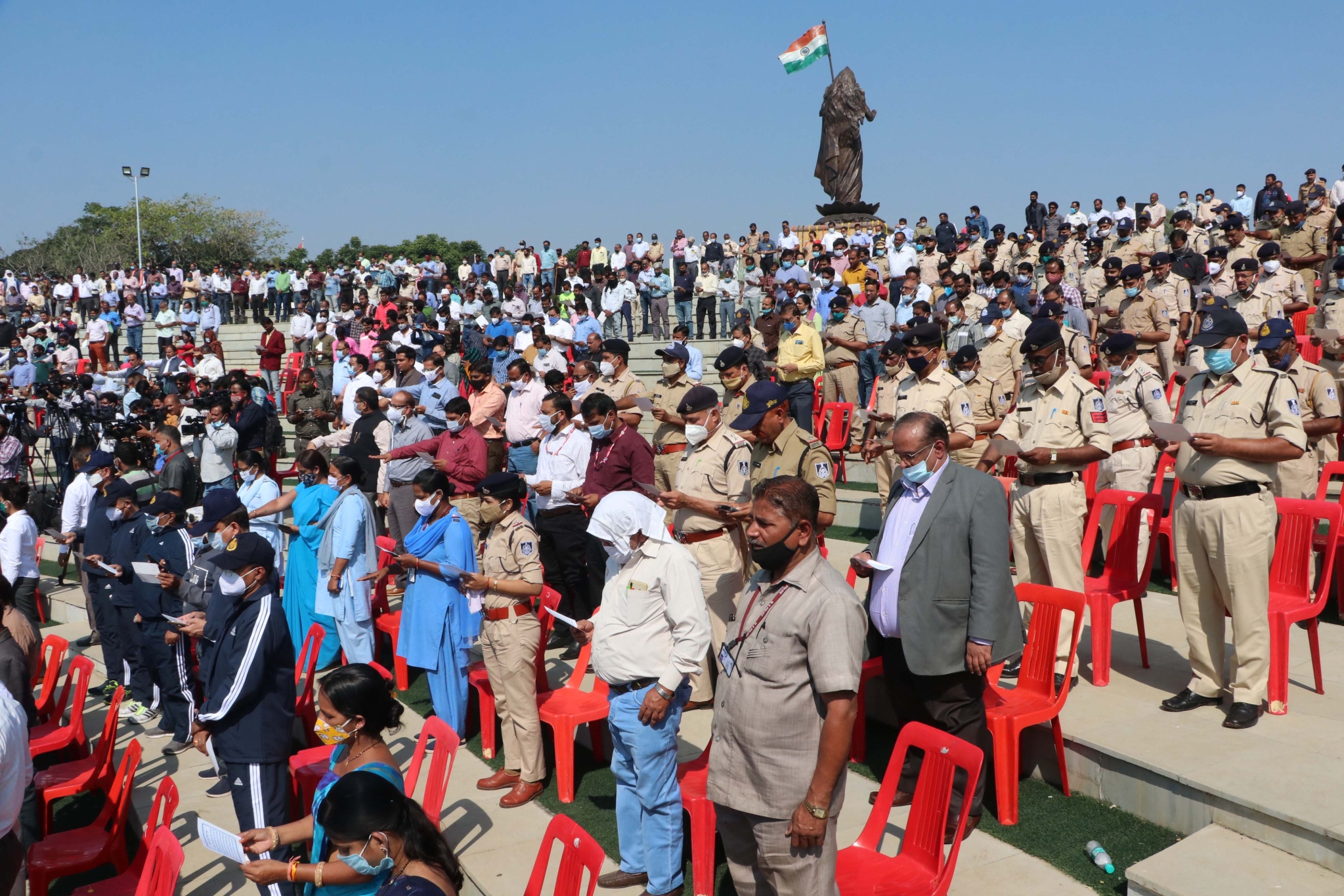 The chief minister paid homage to martyrs by laying a wreath at Shaurya Smarak. He felicitated painters who made paintings based on saga of bravery. He also paid floral tributes at statue of Mother India in Shaurya Memorial complex. He met police personnel and encouraged them.