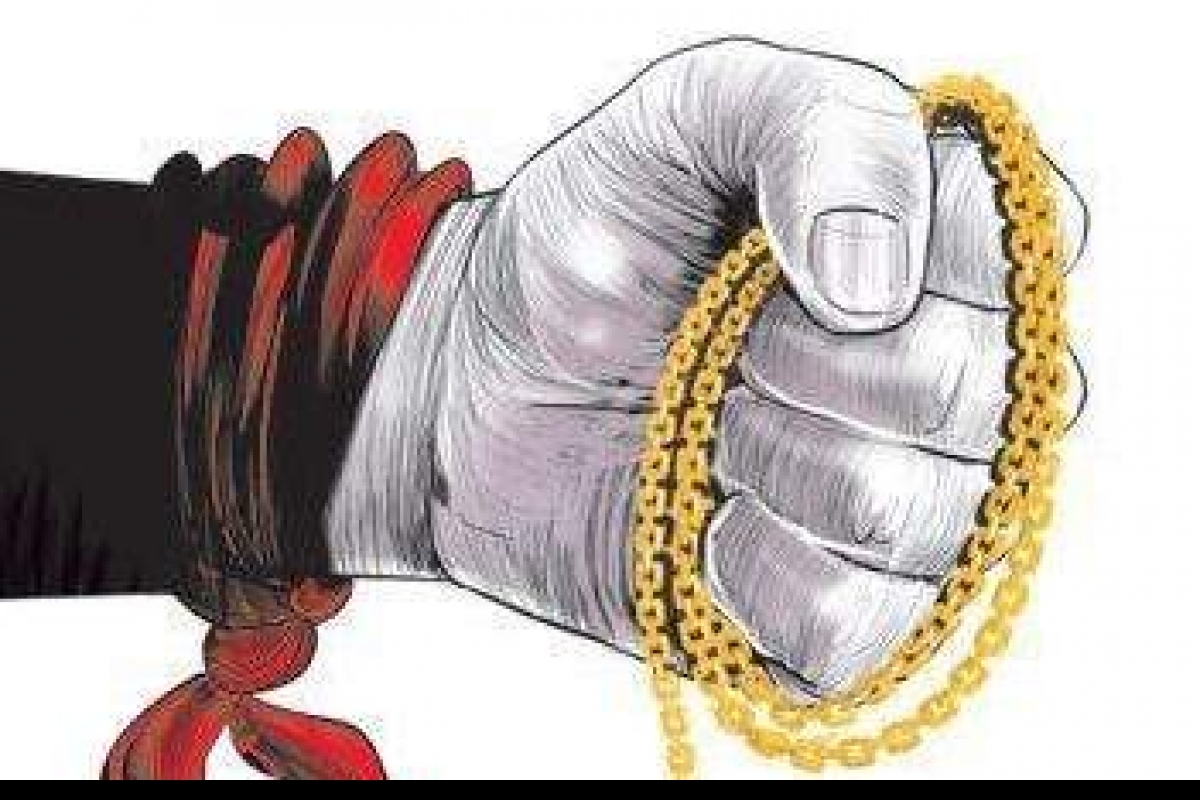 Katni (Madhya Pradesh): A well-dressed thief entered a wedding ceremony like a guest and made off with cash and jewellery worth Rs 10 lakh, the police said on Saturday.

The incident occurred at Raghav Regency in NKJ police station near Juhla bypass.

A Tilak ceremony (part of wedding ceremony) was being held at the regency.

No sooner he got an opportunity than he made off with cash and jewellery worth Rs 10 lakh.

On getting information, the police reached the spot and began to sift through the CCTV footage in which they found a person moving in a suspicious situation.

He was seen sitting with the guests. The suspected youth was neither invited by the bridegroom’s family nor by the bride’s family.

The police said that the Tilak ceremony of Ahbishek Baghel, a resident of Barhata village under Vijayraghavgarh police station, was being held in Raghav Regency on November 17.

The family members of Abhishek Baghel were staying in room number 108 in the hotel.

After completion of the ceremony when the Baghels reached the hotel room they found that cash and jewellery worth Rs 10 lakh were missing.

The police registered a case against an unidentified thief and began to search for the criminal. Madhya Pradesh: Farmers of the nation are not educated, says minister Kamal Patel