These acts have become irrelevant and it was in the last cabinet meeting that a decision was taken to do away with the aforesaid acts.

Madhya Pradesh Municipal Law (fourth amendment) Bill, 2022 was also passed by the assembly. The bill envisages imposing fine of Rs 1,000 on releasing cattle and other animals at public places or open places. The bill says that those who deliberately releases cattle or other animal at public place or open place and if people get hurt or their properties get damaged, public transport gets hampered, then he will have to pay fine of Rs 1,000.

The Madhya Pradesh Drinking Water Shielding (Amendment) Bill, 2022 was also approved by assembly. The amended bill speaks about fine of Rs 500 on first offence and afterwards offences will attract fine of Rs 1,000 or imprisonment up to two years.

Madhya Pradesh Cinema (Regulation) Amendment Bill, 2022 also got approval from assembly. Under this, the subject of cinema regulation has been transferred to Urban Development and Housing Department from Commercial Tax Department. The power of giving cinema permission will rest with urban local bodies. 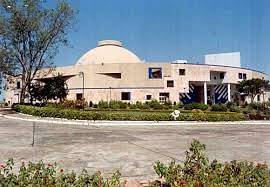