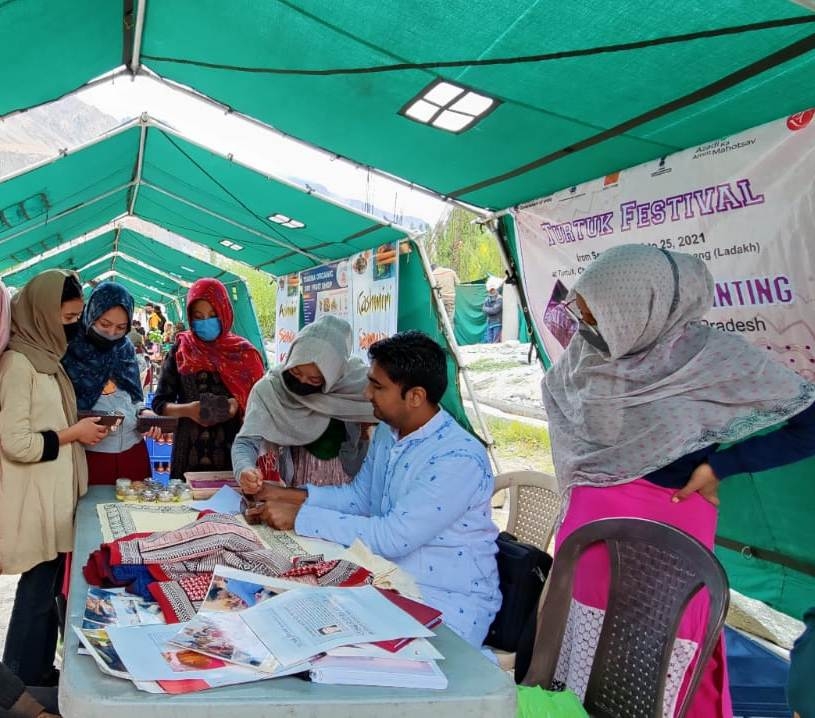 Khatri is the first master craftsman from the state, who got the opportunity to display his works in Turtuk, the last village of India. And his artworks were the central attraction of the festival. Army officials and local people not only appreciated the print but also took interest in the demonstration of the technique.

The festival was organised by the Ministry of Culture, Government of India recently to mark the golden jubilee of Turtuk village's accession to India.

Khatri was honoured twice in the fest.  He was honoured by the Ministry of Culture, Government of India and by Turtuk Executive Councillor Ghulam Mehndi on behalf of Turtuk administration.

The beauty of the village is unmatched and the people here are very nice and well behaved, Khatri said.

After the Indo-Pak war of 1947, Turtuk village came under the control of Pakistan. But it was recaptured by India in the 1971 war. The Tricolour was hoisted at Turtuk. On the completion of 50 years of Turtuk becoming a part of India the Turtuk Festival was organised by the Government of India under ‘Azadi Ka Amrit Mahotsav’. This is the first festival organised in 50 years of Turtuk's merger with India.