The incidents occurred in Datia and Morena districts.

In Datia, a group of local goons picked up the ballot box from the polling booth and filled it with water from a hand pump in Barodi village. The miscreant also tried to break the ballot box with sticks.

According to reports, the miscreants fired around 20 rounds of bullets on the spot. On getting the information about the incident, the police rushed to the spot. The police had a dispute with the women present at the polling booth following which voting was spotted for a moment.

Later, the Collector and the Superintendent of Police (SP) reached the spot to pacify the situation and then the voting was continued.

In another incident, the local goons tried to loot polling booths in Gunj Bandha village and Mal Basai locality, Ambah, Morena on Saturday. On getting the information, Tahsildar and other officials reached the spot to look after the matter. The goons attacked the officials with stone in which Tahsildar, Rajkumar Nagoriya, Excise Officer, Nidhi Jain sustained severe injuries. They were admitted to the government hospital, Ambah.

Later, a heavy police force, collector, superintendent of police reached the spot. The police force drove the goons and took the polling booth in police possession. 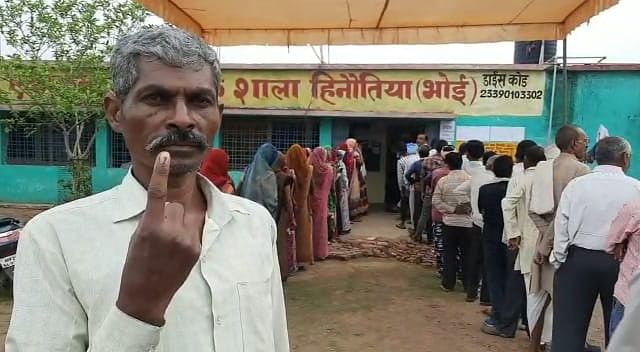