In previous tiger estimation that was conducted in 2018, the department had circulated its own adaptation of Shah Rukh Khan's speech from the movie Chak De India to motivate about 10,000 field staff engaged in tiger estimation.
SHAHROZ AFRIDI 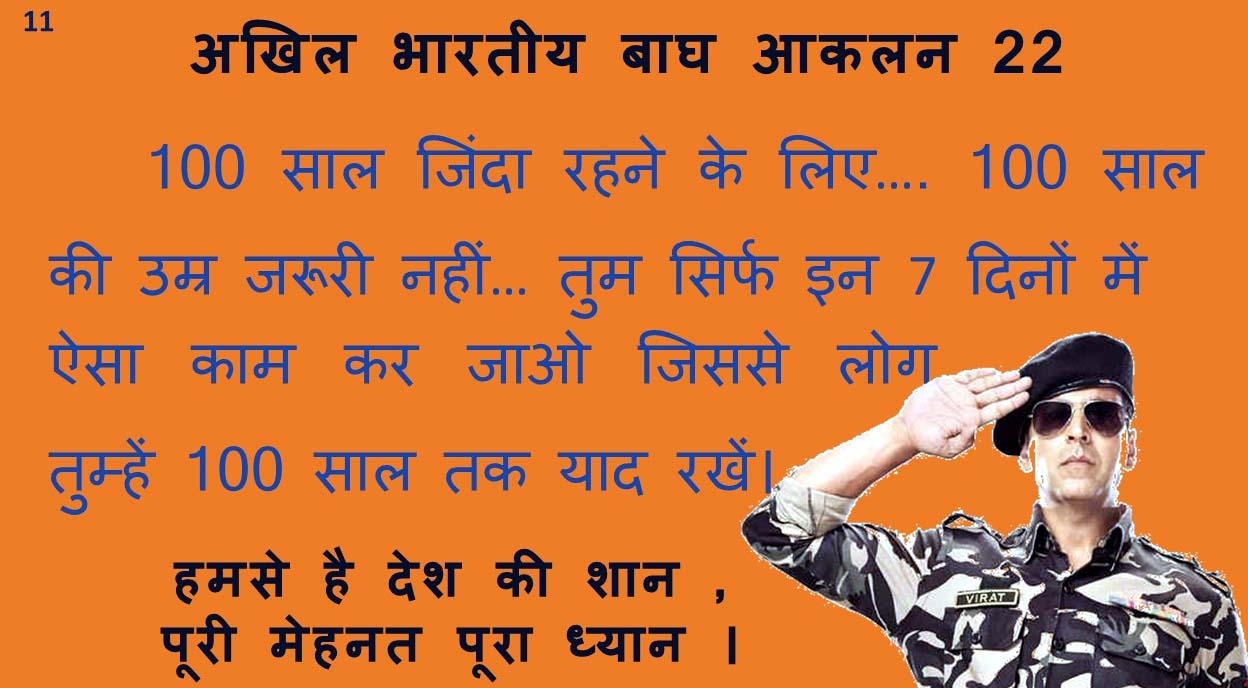 BHOPAL : Bollywood star Akshay Kumar has replaced Shah Rukh Khan in the forest department's motivational message that is being used for All India Tiger and Co-predator Prey and Habitat Estimate-2022, said a forest official.

"In this tiger estimation, we are using a dialogue from Akshay Kumar's movie 'Rowdy Rathore' to motivate the field staff engaged in estimation," said PCCF (Wildlife), Alok Kumar.

"Sau saal zinda rahne ke liye…sau saal ki umra zaroori nahi. In saat dino me aisa kaam kar jao ki log tumhe sau saal tak yaad rakhein (100 years life in not required to keep alive your name for next 100 years. Do something in these seven days that you are remembered for 100 years)." 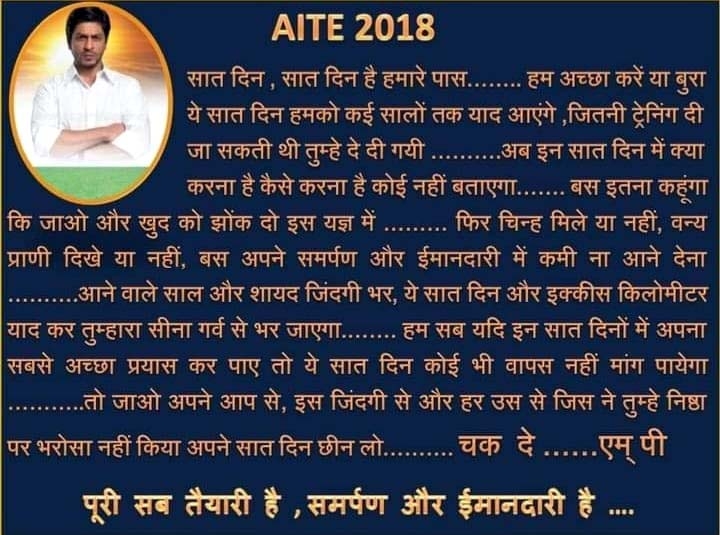 "We are using this dialogue to motivate the forest staff engaged in estimation. They were told that MP needs to remain in top in numbers of tigers- for this it is important that estimation work is done whole-heartedly," said Kumar.

Movie stars and catchy dialogues have deep impact on people and it helps in motivating them, he added.

He avoided further questions on replacing Akshay Kumar with Shah Rukh Khan saying that icons do not matter much as their element of mass appeal does.

Nevertheless, another senior official of the forest department said that it was wise to stay away from controversy therefore dialogue from Akshay Kumar's movie and his photo has been used this time. "This is not an official assignment. It is meant only for motivation," added the officer.