The jawans are working day and night with full dedication and it's the responsibility of the government to ensure they get good facilities and their issues are sorted, said the home minister .
Staff Reporter 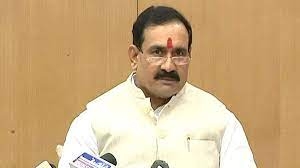 BHOPAL: Home minister Narottam Mishra asked the Home Guards officials to redress the issue of the ‘Call Off’ of the jawans as early as possible. The minister took the review meeting with the officials of the Home Guards unit at Mantralaya on Wednesday.

The jawans are working day and night with full dedication and now it's the responsibility of the government to ensure they get good facilities and their issues are sorted, said the minister.

The salary of the guards is one of the biggest issues. Every year the Home Guards get the work or the salary for 10 months and the rest two months they are under ‘Call off’ duties.

Additional chief secretary Rajesh Rajora informed the minister that while performing their emergency services, the Home Guards also carry out additional duties and for them cadre related work is essential. “So that they can perform better while carrying out their duties and also their services can also be placed as equal to police personnel,” he added.

He also added that for the state disaster emergency response force only 550 personnel are present and the state needs the staff of 3500 force personnel.

DG Pawan Jain told the minister that the department has the land in Jabalpur where a national level training centre can be constructed.

He added that the SDERF is not having any of the training centres in the state and a highly skilled training centre can be developed in Jabalpur in which the personnel of SDERF and also of NDRF personnel.