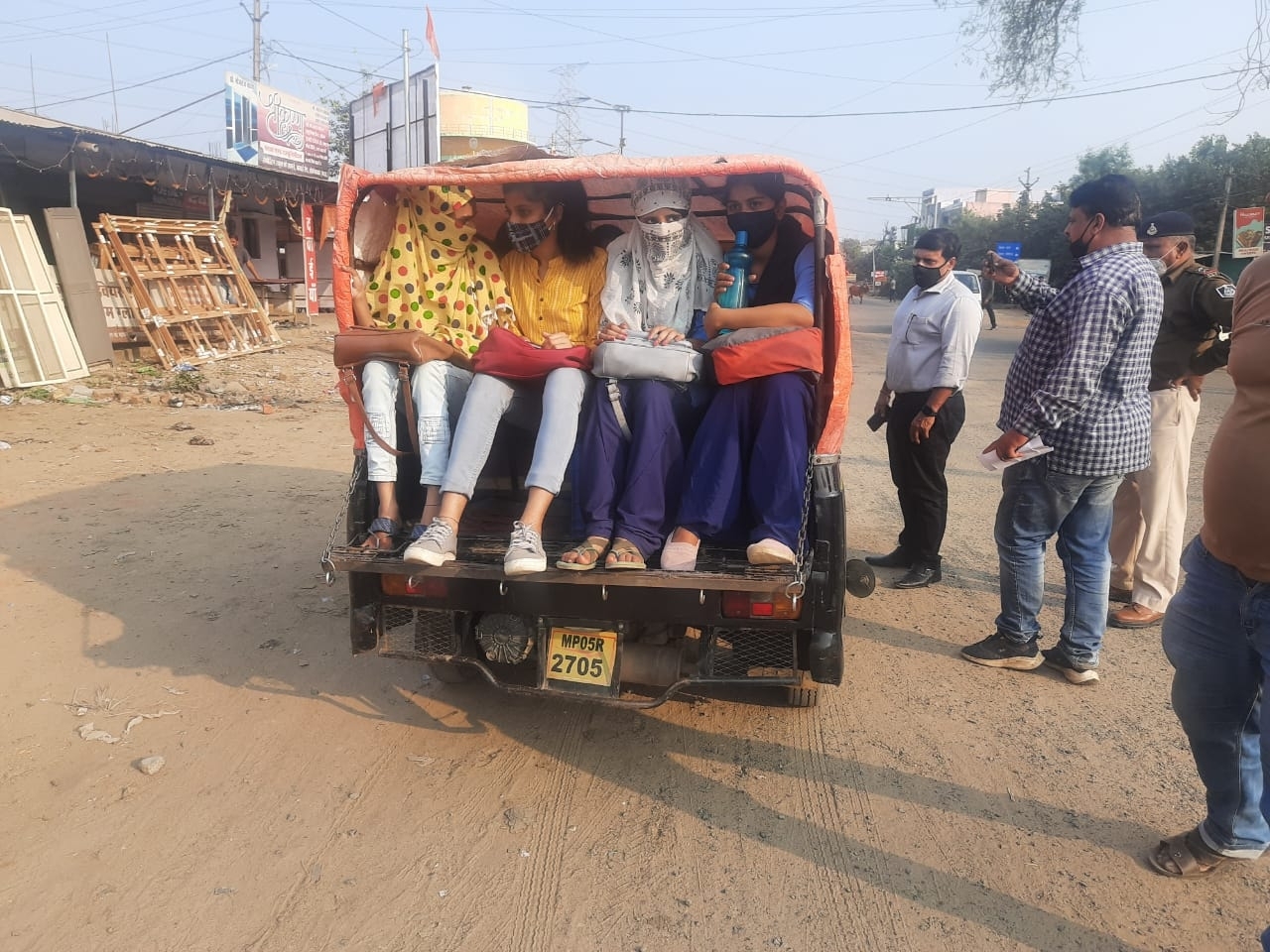 Hoshangabad (Madhya Pradesh): A joint team of regional transport office and the city police launched a vehicle-checking drive on Tuesday.

At Malakhedi square, regional transport officer Manoj Tehenguria stopped a three-wheeler which was carrying 15 female students of a college.

Tehenguria scolded the vehicle driver and sent the girls in two vehicles to their destination, Panjara village. He also confiscated the vehicle.

Tehenguria said that nearly 50 three-wheelers had been confiscated and their documents would be examined.

He further said that he would launch a drive to check school buses.

District ahead in dealing with CM Helpline plaints

Hoshangabad is ahead of other districts in dealing with the CM Helpline complaints, official sources.

The district obtained fourth position in dealing with the CM Helpline complaints.

It happened because collector Neeraj Kumar himself monitored the work.

Manager of the district public services, Anand Jherwar, said that they had received 4, 233 complaints in October. Nearly 36.71% of complaints were worked out with 50% satisfaction of the complainants.